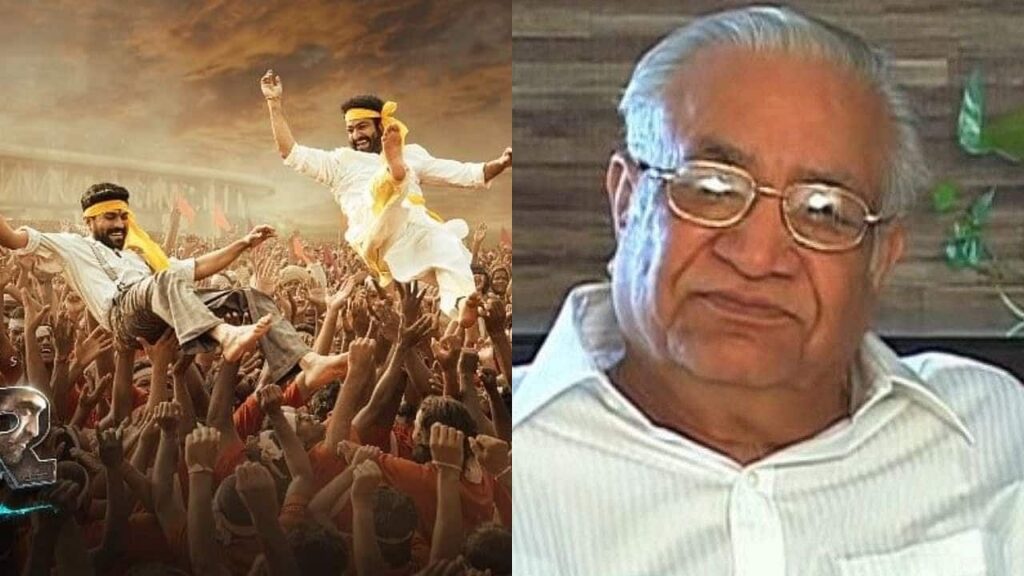 Everyday something or the other happens in the entertainment world. Fans want to know about the news related to their favorite stars. Monday was also very important in terms of news in the entertainment world. On one hand Shahrukh and Gauri are looking for private bodyguards for Aryan Khan, while on the other hand a glimpse of the film RRR has been shown to the fans. In this way, many Bollywood news have been in the headlines. If you have missed any big news of Monday i.e. November 1, then you can read it in detail here in Entertainment Top 5.

RRR: First video out of the film, glimpses of Jr NTR, Ram Charan, Alia and Ajay

The first video of the film RRR directed by SS Rajamouli is out. A glimpse of the film is being seen in this video. Along with this, the characters of all the stars of the film i.e. Junior NTR, Ram Charan, Ajay Devgn and Alia Bhatt have also been seen.

A war is shown in the video and all the stars are seen fighting in this war. The film features the biggest names from several industries who will be seen starring together in the magnum opus and the film is on its way to become a bigger project than the Baahubali franchise.

Divya Bharti’s father Om Prakash passed away, Sajid Nadiadwala was with him till his last breath

Om Prakash Bharti, father of late actress Divya Bharti, has passed away. Om Prakash Bharti died on 30 October, but now this news has come to the fore. According to a report in Bollywood Hungama, Divya Bharti’s ex-husband and filmmaker Sajid Nadiadwala took care of the actress’s parents in the same way as he takes care of his parents. It is being told that Sajid was with him till the last breath of Om Prakash Bharti.

Not only this, after the death of Divya Bharti’s father, Sajid is also taking full care of her mother. According to the report, Sajid was with Divya Bharti’s father when she passed away. Sajid was still there when the funeral took place the next day. For Sajid, Divya’s father Om Prakash Bharti was like his father. He used to call Divya’s parents as mom and dad. Since, both Divya Bharti and her father Om Prakash Bharti are no more in this world, now Sajid will take care of the actress’ mother as a son.

Aryan Khan, son of Bollywood actor Shahrukh Khan, was arrested by the NCB in the drugs case. Now after about a month, Aryan has come back to his house from jail. Aryan has been granted bail by the Bombay High Court, after which he has returned to his home on 30 October.

Shahrukh and Gauri are doing everything possible to protect their son. Now according to the report of an entertainment portal, Shahrukh Khan is looking for a private bodyguard for Aryan. Who can take care of Aryan’s safety. If reports are to be believed, Shah Rukh Khan is scared after Aryan Khan’s arrest, he feels things have gone to this level. If there was a bodyguard with Aryan at that time, he would have taken care of them. Like they have sun. who guards them. Shahrukh is now looking for a bodyguard for Aryan as soon as possible.

Actor Ayushmann Khurrana is going to entertain the audience with his upcoming films one after the other. Meanwhile, the release date of the much-awaited film ‘Doctor G’ starring Ayushmann Khurrana, Rakul Preet Singh and Shefali Shah has been announced today i.e. on Monday. Ayushmann’s film is going to be released in theaters on June 17, 2022. It will be interesting to see Ayushmann playing the role of a gynecologist for the first time alongside Rakul and veteran actress Shefali Shah in the campus comedy drama.

Ayushmann Khurrana and Rakulpreet have shared a poster of this film on their respective Instagram accounts. In this poster, Rakul and Ayushmann are seen wearing doctor’s coats. Sharing this, Ayushmann Khurrana wrote in the caption of his post – Get ready to book your appointment in cinemas on June 17, 2022, as I, Rakulpreet and Shefali will be seen together in Doctor Ji.

Famous violinist Prabhakar Jog passed away, a wave of mourning in the music world

Sunday was a very sad day for Indian classical music. Famous violinist Prabhakar Jog left this world on Sunday. He had been ill for a long time, he died at the age of 89. He breathed his last at his home in Maharashtra.

Worked in Hindi and Marathi films
Violinist Prabhakar Jog is one of the big faces of the music world. He has made a significant contribution in the field of music. He is making his valuable contribution to the world of music for almost six decades. He has composed music not only in Hindi but also in Marathi language. He was also active in films as well. He worked as a composer in films in many languages ​​including Hindi Marathi.