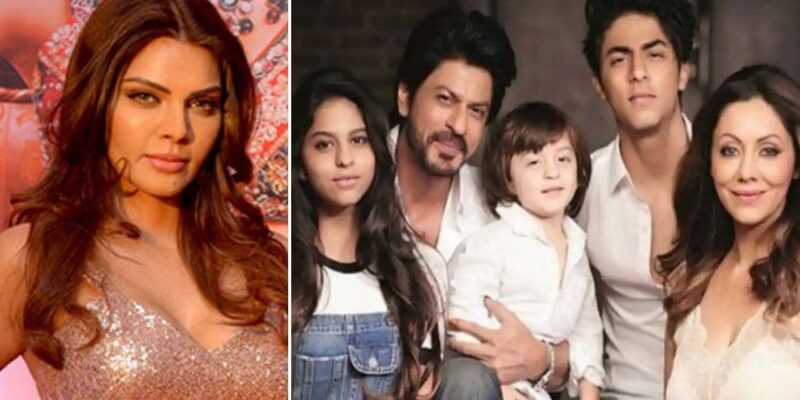 If you have not been able to pay attention to the big news of the entertainment world, then there is no need to worry. We have brought for you a list of five such big news of the whole day that you should not miss at all.

How was the day of Tuesday in the film and TV industry in terms of news, what were the big news on which everyone’s eyes were? After Shah Rukh Khan’s son Aryan Khan was named in the drugs case, Sherlyn Chopra made serious allegations against him. So on the other hand, after the arrest of brother Aryan, Suhana Khan found a new way to avoid trolls. Many such news dominated from Bollywood to Hollywood on Tuesday, so let’s know the big news of the entertainment world on October 5, 2021…

Jailed Kunal has a special relationship with Gauri Khan

The bail plea of ​​hotelier Kunal Jani, who was arrested on September 30 in the drugs case related to the death of Sushant Singh Rajput, has been rejected today. Kunal (Kunal Jani) was arrested by the NCB on September 30. These businessmen were very close to Sushant. At the same time, when Shahrukh Khan’s son Aryan has also been arrested by NCB in the drugs case, he is being connected to Kunal. According to the news of Dainik Bhaskar, Kunal and Shahrukh Khan’s wife Gauri Khan have a good relationship. Apart from Gauri, Kunal also has good connections with many Bollywood celebs.

Amitabh Bachchan used to be happy seeing his name in the newspaper.

TV’s famous quiz reality show Kaun Banega Crorepati 13 is being liked a lot among fans like every time. Amitabh Bachchan, the host of the show, makes some special revelations many times during the show, which the fans are unaware of. It often happens in the show that to make the contestants comfortable or during the talks, they also share an anecdote related to their life or career. A similar sight was seen in today’s episode as well. Amitabh Bachchan has told that he is very happy when his name appears in the newspaper too. The actor told that when he used to do theater in Kolkata, we used to blink the newspaper the next day, but when the name appeared in it, there was a lot of happiness.

Aryan Khan, son of Bollywood star Shahrukh Khan, is in jail these days in a drug case. Aryan Khan was recently arrested, after which the star kid was sent on NCB remand till 7 October. Aryan has been detained for attending a drug party on a cruise ship from Mumbai to Goa. Now after Aryan’s going to jail, sister Suhana Khan has taken a big step.

Let us tell you that Suhana Khan is very active on social media, but she is still away from Bollywood like Aryan. In such a situation, Suhana has figured out a way to avoid trolling after her brother goes to jail. After Aryan’s arrest, different types of reactions are coming out on social media. Users are also taking a lot of criticism against Shahrukh Khan. This is the reason why Aryan’s sister Suhana Khan has taken a big step and closed the comment section on her Instagram.

Megastar Shahrukh Khan’s son Aryan Khan is in NCB custody in connection with drugs and rave party in a cruise from Mumbai to Goa. Eight people, including Aryan Khan, have been accused of taking drugs and being involved in its transactions. Co-accused Arbaaz Merchant and Munmun Dhamecha, including Aryan Khan, have also been sent to NCB custody till October 7. Meanwhile, actress Sherlyn Chopra has made a big disclosure about Shahrukh Khan. Sherlyn has claimed that the wives of Bollywood stars used to take white powder in the washroom at Shahrukh Khan’s parties.

Jai and Jungle Contestants got punishment for Prateek Sahajpal’s mistake

In Colors TV’s reality show Bigg Boss 15, today once again the old form of Pratik Sehajpal was seen. However, this time not Divya Agarwal, Jai Bhanushali was the target of the symbol. However, this time Jai Bhanushali is giving him a befitting reply. Sometimes the audience feels that Prateek is not able to stand in front of Jai at all. In a debate amidst the many fights that took place today, an abuse came out of Jai Bhanushali’s mouth for Prateek. Prateek got very angry after hearing the abuse related to his mother.

Hearing the abuse, Prateek started running after Jai to kill him. He also pushed Jai but before he could do anything else, Karan grabbed him tightly. When Prateek realized that he could not kill Jai, he started damaging the property of Bigg Boss. Prateek also broke the mirror and glass of Bigg Boss. Everyone tried to pacify him. At the end of the episode, Bigg Boss gathered all the family members in the garden area.

The most expensive petrol is being sold in your city today! Know why and when it will be cheaper

Madhya Pradesh: Shivraj government has given permission to organize Garba, gym and coaching centers will open completely after October 15