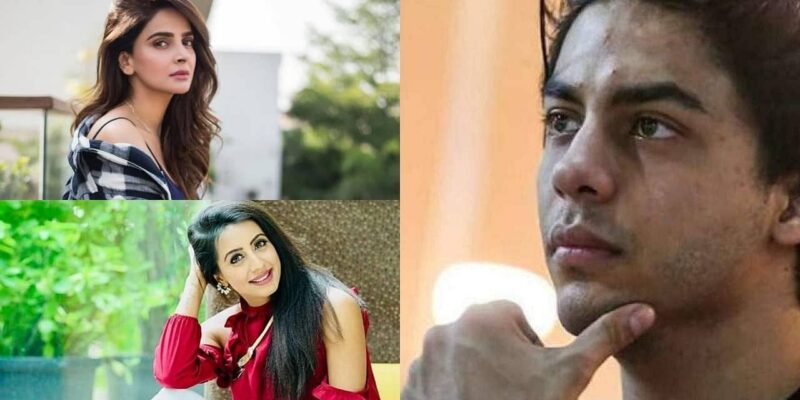 Every day something happens in the film and TV industry about which fans want to know. Bollywood celebs become a part of the headlines because of these news. Thursday was also very important in terms of news. On Thursday, where Shahrukh Khan’s son Aryan has now been sent to 14-day judicial custody. At the same time, Prabhas has announced his 25th film. Many such news dominated from Bollywood to Hollywood on Thursday, so let’s know the big news of the entertainment world on October 7, 2021.

Parastar Shahrukh Khan always remains in the hearts of his fans. Shahrukh has also worked in many great films in his career so far. But these days King Khan is dominated by his personal life. Actor’s son Aryan Khan has recently been arrested in the drugs case.

Today Aryan is being presented in the court, after that it will be clear whether he will get bail or will he remain on NCB remand again. Many Bollywood stars have come in favor of Aryan, actor Hrithik Roshan has also joined this list. But Kangana Ranaut has put Hrithik’s class.

A Pakistani court has framed charges against her due to a dance video of Pakistani actress Saba Qamar, who was seen in the Bollywood film Hindi Medium.

Kannada actress Sanjana Galrani is in the news for more controversies than her work and this time Sanjana is making headlines for her fight with a cab driver. The cab driver has filed a complaint with the police accusing the actress of abusing her, but the actress has given her clarification on this whole matter by writing a long and wide post on social media.

Sanjana told the driver a liar (Sanjjanaa Kidnapping Case)
Sanjana, while giving her statement on the complaint of the driver, wrote that after all how can I challenge a cab driver? His misbehavior should also be seen. He said that the driver had refused to turn on the AC, when he asked him to turn on the AC, he started screaming.

Actress Pooja Bhatt has been a very famous actress of her time. Pooja had always played different roles in her career. Pooja’s acting is praised even today. But now away from films, Pooja Bhatt often comes in the headlines due to her statements.

Recently, Pooja Bedi has been accused of endangering the life of an informer of the Narcotics Control Bureau. The actress was also criticized a lot for this statement. Now the actress has given a clarification on this.

Actor Prabhas has won everyone’s heart with his superb acting in Bahubali. Fans are eagerly waiting for his film. Today Prabhas has announced his 25th film. The name of this film of his is Spirit.

Prabhas is going to make his 25th film with Arjun Reddy director Sandeep Reddy Vanga. He has also shared the first poster of Spirit. Sharing the poster, Prabhas wrote – I am going to start my new journey with Spirit. This film is being directed by Sandeep Reddy Vanga and produced by Bhushan Kumar.

Bigg Boss 15: Karan Kundra became the master mind of the house, Simmba played the game with the map

Big news about the land records of crore farmers of 10 states including Punjab-Haryana, know the whole matter

Chanakya Niti: Tie these 4 things, success is certain in every field…