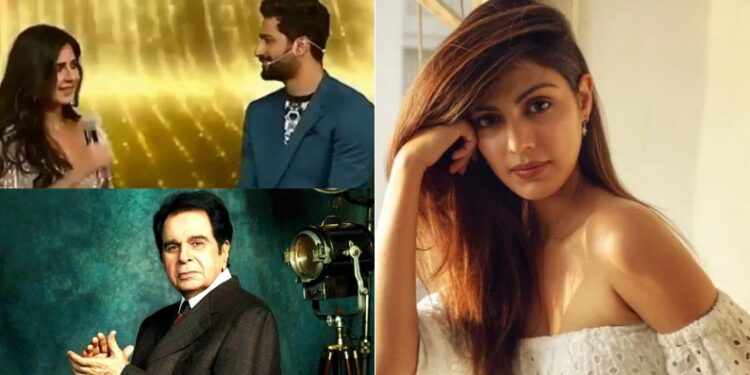 If the news of Times of India is to be believed, then Riya Chakraborty has been offered a big role. This role belongs to Draupadi. Draupadi’s role is very important in this film to be made on Mahabharata. If her point is solid, then by doing this role she can make a big comeback in Bollywood. However, not much information has been given about this as there may be an attempt to damage the project.

Kangana Ranaut does not have work, the actress herself told – did not pay half of last year’s tax

Bollywood’s Controversial Queen Kangana Ranaut is always in the headlines for her outspoken statements. Now Kangana recently told that she has not paid half of last year’s tax because she does not have work. Kangana also said that this is the first time that she has been delayed in filing taxes. Kangana told about this on Instagram Story.

Kriti Sanon became emotional in memory of Sushant Singh, shared the video and wrote – Did you know that this is our first and last…

Kriti started her career with Sushant through the film Raabta, both of them became very good friends with this film. Raabta was released on June 9, 2017, on such a special occasion, the actress has shared a special video for the fans, seeing that Sushant’s fans will become emotional.

Bollywood’s veteran actor Dilip Kumar was admitted to Hinduja Hospital in Mumbai on Sunday due to difficulty in breathing. After which it was said that Dilip Sahab is struggling with the problem of filling water in the lungs. Today on Wednesday, Dilip Sahab’s pleural aspiration took place. In this process water is removed from the lungs. This process has been successful.