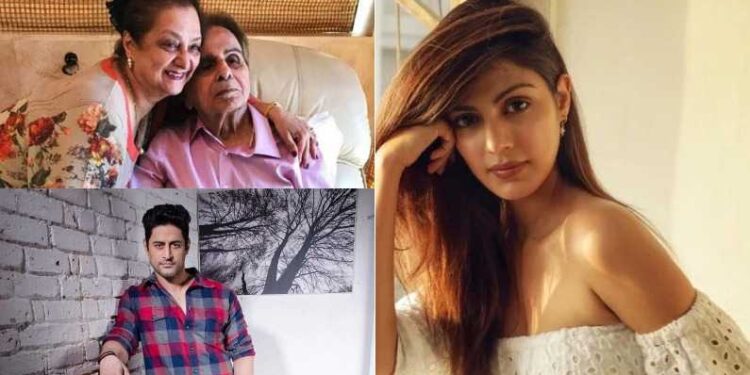 ‘Devon Ke Dev Mahadev’ fame actor Mohit Raina has filed a case of extortion against actress Sara Sharma and four others. Goregaon Police has registered an FIR against four accused including Sara Sharma. After being directed by the court, the police filed a complaint of Mohit Raina. Confirming this, DCP Chaitanya of Goregaon police station said, “As per court order under section 156 (Under CrPC section 156) of CrPC and section 384 of IPC (Under IPC section 384). Under this, on June 6, the Goregaon police registered a case against the four accused.

False news of Dilip Kumar’s death is not stopping, Saira Banu appeals again – do not pay attention to rumours

Veteran actor of Bollywood industry Dilip Kumar has been in ill health for the past few days. According to media reports, the actor was facing a lot of difficulty in breathing for the past few days. Because of which he was admitted to Hinduja Hospital in Mumbai. Whose news came that he had biliteral pleural effusion. Because of which he has been kept on oxygen support. But in the meantime, many posts are becoming viral on social media about his death. Because of which the actor’s wife Saira Banu is constantly tweeting about his health. Where Saira Banu has tweeted shortly before now.

SSR Case: Riya Chakraborty made a big disclosure about Sara Ali Khan, many secrets revealed in the statement given to NCB

CBI and NCB are engaged in the investigation of Sushant Singh Rajput case. In the Sushant Singh Rajput case, NCB had arrested the actor’s flatmate Siddharth Pithani some time back. He is currently in the custody of NCB. Now the details of Rhea Chakraborty’s statement to NCB have come out. In which the actress has made big revelations about Sara Ali Khan.

According to the report of Zee News, Riya Chakraborty has named her friend Sara Ali Khan in the statement given to NCB. Riya said that in the year 2017, Sara Ali Khan offered her marijuana and vodka. This statement was recorded in the Sushant Singh Rajput case.

Rhea Chakraborty had to face a lot of criticism after the death of Sushant Singh Rajput. Not only this, Riya’s professional life was affected a lot after coming from jail. But in the meantime a big news has come out about Riya.

Actually, The Times has removed the list of 50 Most Desirable Women 2020. Let us tell you that he has been included in this list, which was in the headlines last year. This ranking was done through the votes taken in the online poll.

Virat Kohli sat down till his knees to take a picture of Anushka Sharma, this woman cricketer revealed

Anushka Sharma is with husband Virat Kohli in England these days. Indian team is there to play test series match with England. Anushka recently shared her photo from the stadium which became quite viral on social media. However, now it has come to know that Virat got down on his knee to click this photo of Anushka.

This has been disclosed by female cricketer Harleen Deol. Actually, Harleen commented on Anushka’s photo, I saw how the photographer did the photo sitting on his knee. With full dedication.