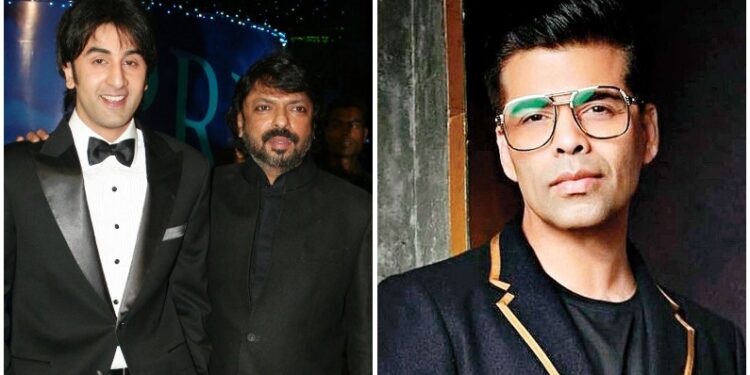 If you have missed the big news related to the entertainment world of Saturday, then you can read about them in detail in Entertainment Top 5.

In the entertainment world, such news comes out every day, which sometimes brings a smile on the faces of people, and sometimes makes them disappointed. All the news from Bollywood to TV remained in the headlines even on 17th July i.e. Saturday. On one hand, where Ranbir Kapoor has been out of Sanjay Leela Bhansali’s Baiju Bawra, on the other hand Karan Johar will come in the finale of Indian Idol. If you have missed the big news related to the entertainment world of Saturday, then you can read about them in detail in Entertainment Top 5.

Bollywood’s famous director Sanjay Leela Bhansali is working on the story of his upcoming film ‘Baiju Bawra’ these days. The director wants more and more of his films to be released at the Bollywood box office in the coming time, every film should do strong business at the box office. This is the reason why Sanjay Leela Bhansali has now dropped Ranbir Kapoor from his film ‘Baiju Bawra’. According to the news of Bollywood Hungama, Ranbir Kapoor was in a lot of confusion for this character of ‘Baiju Bawra’ for the past several days. Where actor Ranbir Kapoor was going to Bhansali’s office in connection with this film for the last several days.

Vicky Kaushal and Katrina Kaif have been a part of the headlines these days. If reports are to be believed, both are in a relationship but have not confirmed about it yet. The two are often seen together. Vicky has also been spotted outside Katrina’s house several times. Now Salman Khan’s stylist has said one thing about Katrina’s marriage.

On Friday, Katrina celebrated her 38th birthday. On Katrina’s birthday, Salman Khan’s stylist Ashley Rebello wished her a happy birthday on social media. Along with this, he has given a hint to the fans that Katrina can get married soon.

The company claims that they have phone recordings and audio clips of Mallikarjuna Pujari, which have been handed over to the Mumbai Police for investigation. According to sources in Mumbai Police, the police have registered a case against this leader and the actress who made the allegation under various sections 386, 500, 506 and 506(2).

Sony TV’s singing reality show Indian Idol 12 is approaching its finale. Before the grand finale to be held on August 15, a mega-finale episode of this reality show will be presented in front of the audience and in this special episode, well-known director and film producer Karan Johar, who has successfully judged many reality shows, is going to come. Yes, on this special evening, the contestants will collide with each other to get the votes of the public and Karan will be the witness of the grand competition of this music.

KGF Chapter 2 would have been released in theaters today i.e. on 16th July. The film could not be released on time, but ‘KGF Chapter 2’ has definitely made a special record in its name. The film’s director Prashant Neel shared information through social media that the teaser of KGF 2 on YouTube has created history by garnering 200 million or 200 million views. The teaser has garnered over 8.4 million likes and over one billion impressions.

Some films from South India have set new dimensions of popularity across the country. One of them was KGF. The popularity of this Kannada film is such that the film got a lot of love among the Hindi-speaking audience as well and as a result of that now its sequel KGF Chapter 2 is being eagerly awaited but before its release, the teaser created a ruckus. is.