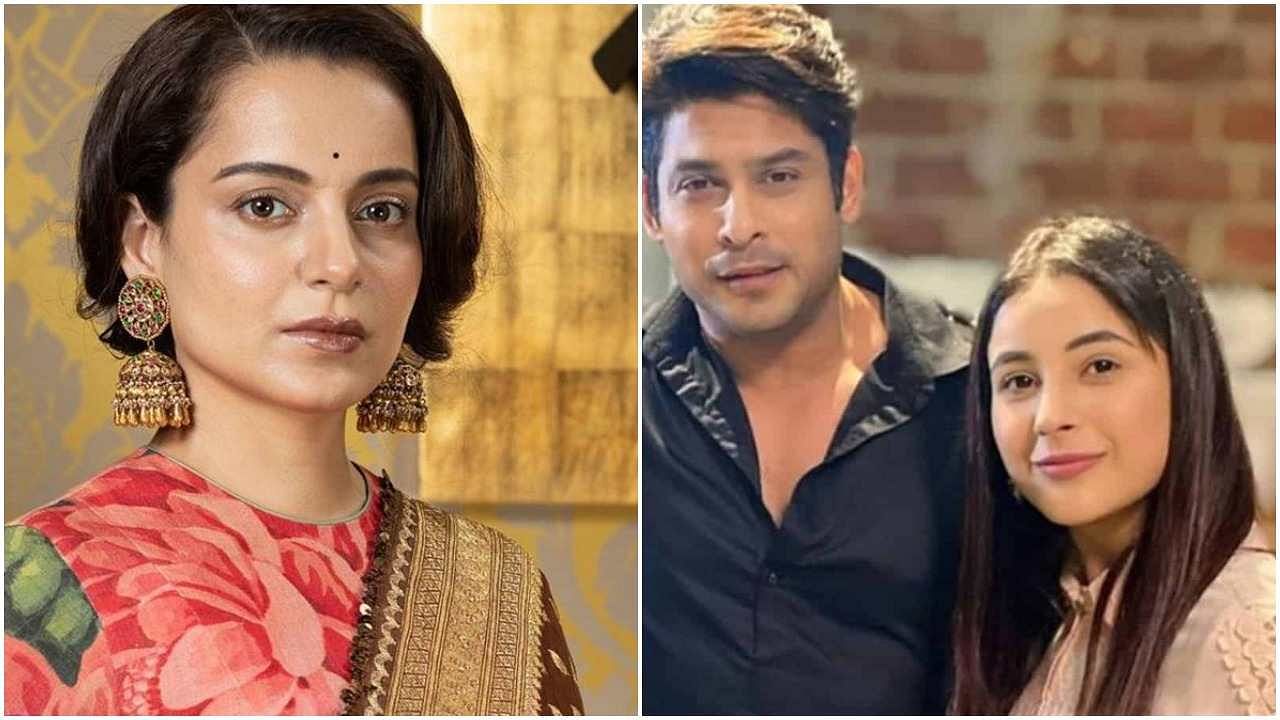 The news of the entertainment world works to attract the fans every day. Every day many news are presented in front. Some of which go into the headlines, but some are left out of the eyes of the fans. In such a situation, Tuesday was also full of news from the entertainment industry.

On one hand Kangana Ranaut told that she is going to play the role of Sita, while on the other hand Shehnaz Gill is being handled by Siddharth Shukla’s mother at this time. Many such big news remained in the headlines for the whole day on Tuesday. So let’s know the big news of entertainment world of September 14, 2021 in Entertainment Top 5.

Kangana Ranaut will become Sita, leaving Deepika-Kareena behind, the actress herself stamped in a special way

Bollywood actress Kangana Ranaut has been ruling the hearts of her fans for a long time. Every single film of Kangana makes a lot of noise among the fans. In such a situation, the actress is in a lot of discussion these days about her film Thalaivi. Everyone is praising Kangana’s acting for Thalaivi. In such a situation, the actress has announced her another special film in front of the fans.

This film, which released on the screen on September 10, may have been left behind in terms of earnings, but Kangana’s acting has definitely won everyone’s heart. In such a situation, now a big news is coming for her fans that the actress is now going to be seen playing the role of Sita Maa.

Defamation Case: Kangana Ranaut did not reach the court, the judge said – if she does not come on the next hearing, then the arrest warrant will be issued

Now the hearing has been postponed till 20 September. But the judge has said that if Kangana does not come to court in the next hearing, then an arrest warrant will be issued against her.

Naseeruddin Shah compared the government with Nazi Germany, said – propaganda films are made

Naseeruddin Shah is always in the headlines for his statements. At times, he also has to face opposition for his statement, but even he is not afraid of this and definitely keeps his point. Now once again Naseeruddin has given a big statement. He said, ‘The film industry has been largely untouched by religious discrimination and Islamophobia, but now the government encourages filmmakers to make pro establishment films.’

‘Many big people do such films. The same thing happened in Nazi Germany. Filmmakers who did a great job were asked to make films that propagated the Nazi ideology. I don’t have any solid proof of this, but you can guess it from the kind of big films that are coming.

Siddharth Shukla has left all of us this month. His family, friends and fans are in shock due to Siddharth’s departure. Shahnaz Gill, who loves Siddharth very much, is broken. Shahnaz was crying a lot during the last rites of the actor. At that time his brother Shahbaz took care of him. Let us tell you that after the departure of Siddharth, Shahnaz has given up eating and sleeping.

Amazon Prime Video has shown a terrifying glimpse of its upcoming horror movie ‘Chori’. Directed by Vishal Furia and produced by T-Series, Crypt TV and Abandancia Entertainment, this Amazon Original movie ‘Chhori’ is a remake of the acclaimed Marathi film ‘Lapachpi’. Nushrat Bharucha will be seen in the lead role in this film. Prime members present in India and 240 countries and territories can stream the much-awaited film exclusively on Amazon Prime Video from next November.

An attempt has been made by the OTT platform to show a glimpse of the inner world of the original horror movie Chhori. The film may not be as horrifying as Halloween, but its heart-wrenching first horror flick will surely leave a shiver in the spine. When the very first glimpse is giving you such a horrifying experience, then you can only imagine how amazing the film is going to create in front of the audience.

Not only this, he also wore outfits in such a way that his face was also hidden. Everyone was surprised to see Kim’s look. Photos of Kim are also dominated on social media.