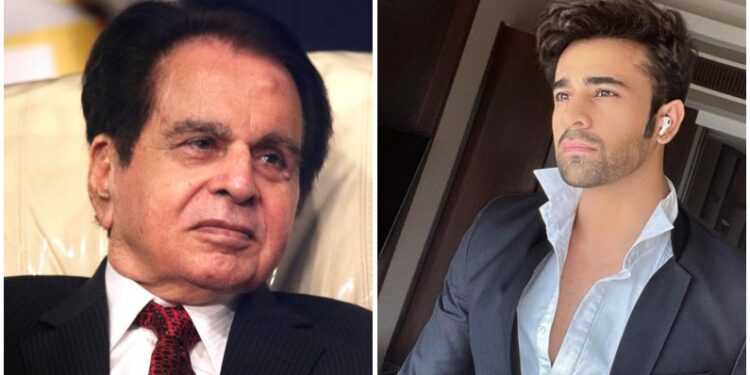 Khoya Khoya Chand: Ayesha Julka, who suddenly disappeared after tasting stardom, had an affair with these two actors

Breakup Story: Rana Daggubati has dated this beautiful South actress before marriage, know why both of them had a breakup

Dilip Kumar was admitted to Hinduja Hospital in Mumbai on Sunday after he complained of breathlessness. Dilip Kumar’s condition is improving now. Doctor Jaleel Parker, who is treating him, has said that he can be discharged from the hospital in three to four days. On Tuesday, Dilip Kumar’s doctor has given his health update.

Parker told PTI, “He is stable. A decision will be taken on draining the fluid tomorrow. He can be discharged from the hospital in three to four days.” He is still kept on oxygen support. Kumar’s wife Saira Banu took to her Twitter account last evening to thank fans for their prayers.

Naagin fame actor Pearl V Puri was arrested by Mumbai Police for molesting and raping a minor girl under POCSO. Now the statement of the victim’s mother has come to the fore regarding this matter. In his statement, he has targeted Divya Khosla Kumar, who went against the law and posted her identity and details on social media. He has said that people should not consider his silence as his weakness.

The victim’s mother wrote in a post shared on social media, “After this incident many people and media representatives are calling her and asking her to present her side. I may be silent on this matter but don’t mistake my silence for my weakness. This whole matter is now in the court and I have respect and full faith in the Indian judiciary. However, many people have spoken very objectionable things about me and my daughter on public platforms, which the law does not allow.

Shooting of Alia Bhatt’s film ‘Gangubai Kathiawadi’ will start this month, due to this the dance number will not be able to shoot

The shooting of Alia Bhatt’s film Gangubai Kathiawadi has been stalled for a long time. Shooting was banned first due to Alia being corona positive and then due to the lockdown in Maharashtra. In the second wave of Corona, the shooting of films and TV serials was banned in Maharashtra. Now shooting is going to start again in Mumbai from June 7. Along with this, the makers have decided to start shooting for Alia Bhatt’s film Gangubai Kathiawadi.

According to the report of India Today, the shooting of Gangubai Kathiawadi is going to start from June 15. Under the new guideline, it is forbidden to gather more people together and shoot dance sequences. Zahid Shaikh, President, Cine Dancers Association said – The resumption of the shoot is good news but it is good news only for the director, actors, cameramen, make-up and production team. Not for Dancers and Junior Artists. The good thing is that Federation of Western India Cine Employees and Yash Chopra Foundation together are getting more than 100 dancers vaccinated. So that if he gets a chance to work, he should be ready. But the question is when will this time come. We still have bad times. What’s the use of getting vaccinated when you don’t have work?

Jazzy B’s statement came to the fore after the Twitter account was blocked, said- For those fighting for their rights….

According to information received from ‘Lumen Database’, on June 6, the Government of India had made a legal request to the company to take action on four accounts. In these, the account of Jajibi was also included. In fact, the 46-year-old singer posted a ‘screenshot’ of his Twitter account on Instagram on Monday evening, which claimed that he was ‘to raise his voice for farmers’ rights and demand justice for the 1984 victims’. Profile has been suspended.

Kareena’s hefty fee for the role of ‘Sita’ made the makers sweat, is this the reason the actress made this demand?

Kareena Kapoor may be the mother of two children today, but in acting she still leaves behind a big actress. Kareena has done many different types of films in her career. Even after marriage, the actress has been continuously leaving a mark of her acting. Recently news has come out that the makers of the film Sita have decided to sign Kareena Kapoor Khan, but now this name also seems to be hanging in the balance.

A film is going to be made on Sita based on the epic Ramayana, in this film the sacrifice of Sita Mata will be shown. Ever since the talk of making a film has come to the fore. The names of many actresses have come out for the film, now Kareena Kapoor Khan has also joined this list. It is being said that Adi Kareena has liked the story of the film, but the matter seems to be stopping on Kareena’s fee.