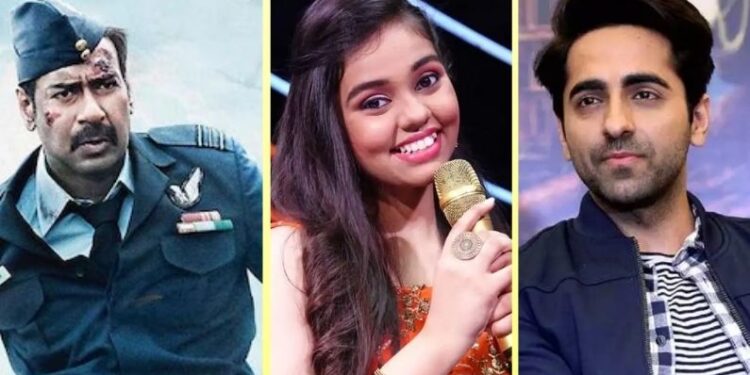 If you have missed the big news related to the entertainment world of Monday, then you can read them in detail in Entertainment Top 5.

Fans are always curious to know about their favorite artist and many big news comes out from the entertainment world related to them every day. All the big news from Bollywood to Hollywood dominated the media headlines on Monday. These include news from the ruckus in Indian Idol 12 to Jackie Chan joining the Communist Party of China. If you have missed the big news related to the entertainment world of Monday, then you can read them in detail in Entertainment Top 5.

Strong contestant Ashish Kulkarni got evicted from Sony TV’s singing reality show Indian Idol 12 on Sunday. Ashish could not make his place in the top 6 due to less votes. Once again the anger of the fans has erupted on the show due to Ashish’s exit. After performing in the Asha Bhosle special, the show’s judge Anu Malik announced Ashish’s exit. After Ashish’s exit from the show, his fans called this decision of Indian Idol wrong and once again trolled Shanmukhpriya. Users also talked about Shanmukhpriya’s removal from the show.

Ayushmann Khurrana leaves for Bhopal to shoot for ‘Doctor Ji’

Bollywood star Ayushmann Khurrana is known for his unsurpassed acting among fans. Fans like every single film of Ayushmann. Fans are always waiting for each and every movie of Ayushmann, who does films on different subjects. Now an update has come out about the actor’s new film Doctor Ji. According to the information received by TV 9 Bharatvarsh, the actor left for Bhopal on Monday for the shooting of his next film ‘Doctor Ji’. Ayushmann Khurrana is going to shoot this film in Bhopal for about a month.

Jackie Chan wants to join the Communist Party of China

In the seminar, the people of the Chinese film industry discussed and shared their views on the speech given by President Xi Jinping at the party’s centenary celebrations on July 1. At the seminar, the vice president of the China Film Association, Chan spoke about his interest in joining the CPC. The official Global Times reported this on Monday.

Bollywood actor Aamir Khan is currently shooting for his upcoming film Laal Singh Chaddha in Ladakh. Aamir Khan has reached here with his entire team, where his ex-wife Kiran Rao is also present here with him. Meanwhile, the team of the actor’s film has been accused of spreading pollution in Ladakh. The team of ‘Lal Singh Chaddha’ is shooting for the last schedule of this film here. In such a situation, some special videos from Ladakh have gone viral, in which the team of the film has been seen spreading garbage.

Bhuj The Pride Of India: The trailer of the film is awesome

The trailer of Ajay Devgan, Sanjay Dutt, Sonakshi Sinha starrer film Bhuj The Pride of India has been released. The trailer is so banging that even you will not get tired of praising it. The trailer begins with the date of 1971, Bhuj, Gujarat. After this, the Indian tricolor is shown waving in the sky. After this it is shown that the Pakistani Air Force attacked Bhuj Air Base.

Now India prepares to avenge this attack from Pakistan. Then there is the entry of Ajay Devgan who plays the role of Air Force Squadron Leader Vijay Karnik, who is told that the security of Bhuj is now in your hands. After this Sanjay Dutt is shown who says that why Kabira is a declaration of war, today God himself is troubled. Then he is seen fighting with the Pakistani army.