Top 5 News: Alia-Ranbir’s marriage will not last, there may be a case against Kareena, read- Big news from the entertainment world 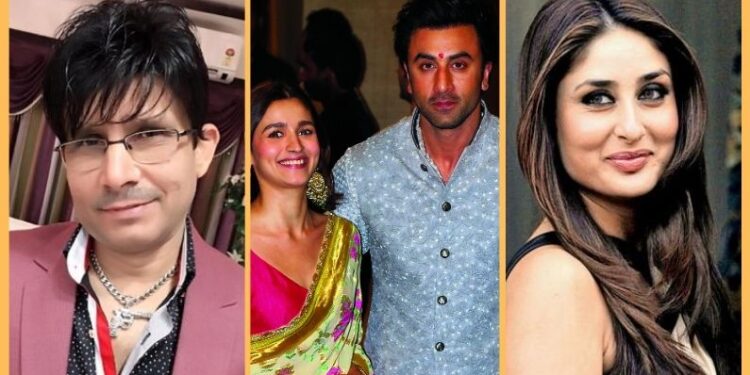 If you have missed the news related to the entertainment world of July 13, 2021, then you can read them in detail in Entertainment Top 5.

Actor Shaheer Sheikh has started shooting for the character of Manav played by late actor Sushant Singh Rajput. Ankita Lokhande will once again play the role of Archana and Usha Nadkarni will be seen as Manav’s mother Savita in Pavitra Rishta 2, which is soon to be launched on OTT. Ever since the photos of the show’s Muhurta Puja went viral, the fans of Sushant Singh Rajput are seen in a lot of excitement. Meanwhile, actor Shaheer Sheikh, who plays Manav, has written a big post on his Instagram account and has put his heart in front of the fans.

Bollywood actress Kangana Ranaut is known for her unsurpassed acting. Be it a film based on any subject, Kangana gets into her role completely. In such a situation, information about another new film of Kangana has come to the fore. This time Kangana is going to be seen sharing the screen with actor Nawazuddin Siddiqui. For the past several days, this news was coming out that Kangana and Nawazuddin can work together. But now it has been officially approved.

Kamaal R Khan i.e. KRK is known for his impeccable style. Kamal often comes in the headlines due to his statements. Due to amazing statements, many times users also put their class. This time Kamal has said something about Ranbir Kapoor and Alia Bhatt that he has become fiercely trolled. KRK keeps criticizing Bollywood stars and their films on social media. Now he has made such a prediction about the marriage of Ranbir Kapoor and Alia Bhatt, knowing that the fans will be surprised.

Prince of Kolkata to be made biopic of Sourav Ganguly

Bollywood has a long association with sports. Many movies have been made about sports. Films based on players have left no stone unturned to make the silver screen their own. Most of those films have been related to the players associated with cricket. India has so far seen the biopic made on Sachin Tendulkar. Have seen the film made on MS Dhoni. Mohammad has seen Azharuddin’s real life in reel. And, now he will very soon see a film on the grandfather of Indian cricket i.e. Sourav Ganguly on the silver screen. According to the information available at the moment, Ranbir Kapoor’s name is at the forefront of the race for the role of Sourav Ganguly in the film.

Case may be filed against Kareena Kapoor Khan