Top 4 Dubbed in Hindi : Here is the list of dubbed movies to be released on MX Player in July, the content here is free 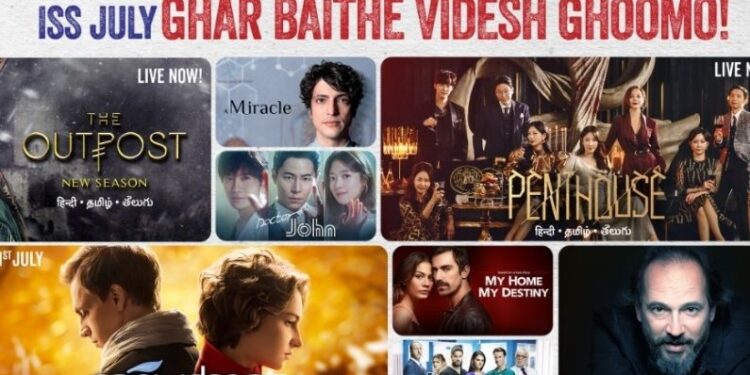 Mx Player has a huge catalog of international shows dubbed in local languages ​​like Hindi, Tamil and Telugu. So this July, enjoy the exotic action, romance, crime and mystery.

Gone are the days when one had to read that a huge price had to be paid to syndicate and bring in India the most loved international content forever. In today’s time, it has become easier than ever to watch international shows related to every genre or other culture.

Together with MX Foreign, this platform is bringing the best of international shows to the Indian audience. It has a huge catalog of international shows dubbed in local languages ​​like Hindi, Tamil and Telugu. So this July, enjoy the exotic action, romance, crime and mystery. New episodes of 4 such shows are going to be dropped every Wednesday and the great thing is that all these shows and movies are being streamed for free.

Here’s the lineup for July

1.’The Outpost’ Season 3- This English show combines a hunger for power and kingdom with a supernatural adventure that takes Talon on the journey of the lone survivor of the race ‘Blackbloods’. In his journey to reach this outpost, Talon realizes that he has been captured by a mysterious supernatural force. Now he must learn to defend himself and save the world from a staunch dictator. If you love fantasy then this show is just for you. So watch now its all new episodes which are dubbed in Hindi, Tamil and Telugu.

2.’Penthouse’- This is a 100 storey lavish apartment for the people living in Heera Palace. In which many secrets and secret ambitions are hidden. Born into luxury, Simsu Rayon is the queen of this penthouse apartment. The prime donna of this palace, Cheon Seo-jin, will do anything to give everything to her daughter. Oh Yoon Hee comes from a poor family, dreaming of entering high society by becoming the queen of the penthouse because this is her biggest success.

3. ‘Snow Drop’ – Nadya is implicated in a murder case which she has not committed. He must take the bold step of escaping from prison, in order to prevent his half-sister Irina from marrying Igor. Actually, both love the same person. In the struggle between the two, we come to know the truth about who killed Igor’s sister and we will get to understand how the hatred started between these two.

As time passes, Nadya must prove her innocence as well as expose the corrupt business empire on which Irina’s family rose to prominence. Meanwhile, Irina will have to read the lessons of forgiveness, humanity and love. This Ukrainian show has been dubbed in Hindi and will be live on this platform from July 21, 2021.

4. ‘Hekimoglu’ – It is a Turkish medical drama that traces the journey of a successful doctor, Ets Hekimoglup, who solves a new complex case. He diagnoses diseases like a detective and studies this with a team of 3 specialist doctors. They have been selected by Hekimogloop. This drama will be dubbed in Hindi, Tamil and Telugu and will be dropped on this platform on 28 July 2021.