Toofaan Movie Review: Farhan Akhtar has brought ‘Toofan’ of adventure, the spirit will wake up 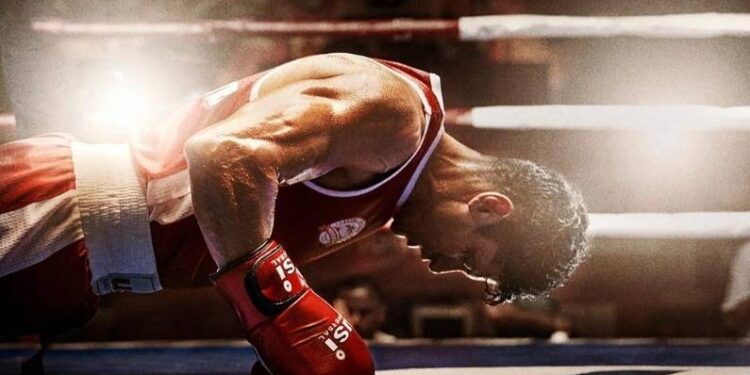 The storm can definitely be seen. The story of the film is definitely a common story but the way it is shown makes the storm special. Farhan Akhtar’s film will remind you of Salman Khan’s Sultan and Priyanka Chopra’s Mary Kom.

the storm has come

Farhan Akhtar’s storm has come and know that the passion with which he makes films has once again been seen in the storm. Although Farhan Akhtar had claimed in an interview with NewsNCR that this film would give audiences an experience beyond Bhaag Milkha Bhaag, but this has not happened. That’s why we cut his film Toofan by one star and gave it 4 stars. This movie totally deserves so many stars. Farhan Akhtar was in the headlines for a long time for the film Toofaan. But due to the hit of COVID, the release date kept moving forward. But the wait of the fans is over and this film has been released on OTT platform Amazon Prime Video. The old magic of filmmaker Rakeysh Om Prakash Mehra will be seen back.

The story of the film is quite typical Bollywood masala style. Aziz Ali (Farhan Akhtar) is Dongri’s goon but good at heart. Aziz meets Dr. Ananya Prabhu (Mrunal Thakur), then goes on the path of becoming a boxer, Aziz Ali, a goon. On this way, he is joined by coach Nana Prabhu (Paresh Rawal). There is action in the film. There is also a little bit of romance and comedy. At the same time, in the film, you will also get to see a little bit of the issue of Hindu-Muslim, the country’s hottest girl topic nowadays.

Rakeysh Omprakash Mehra is a fine director and he proved this once again by storm. You will go crazy after seeing this film of his creative thinking and passion. He has shot the boxing scenes very well. Seeing him will make you fall in love with boxing.

Talking about acting, Farhan Akhtar has proved to be a master of acting. The audience will like Mrunal Thakur’s cute style. Along with this, Paresh Rawal is doing well as a father and a coach. Also, the performance of every artist in the film is going to impress.

One good thing about Toofan is that no attempt has been made to show coercive action during boxing. But the angle of love jihad in the middle felt like an imposed one which could have been easily skipped and the film looked a bit lengthy.

Must see the storm of adventure

The storm can definitely be seen. The story of the film is definitely a common story but the way it is shown makes the storm special. Farhan Akhtar’s film will remind you of Salman Khan’s Sultan and Priyanka Chopra’s Mary Kom.