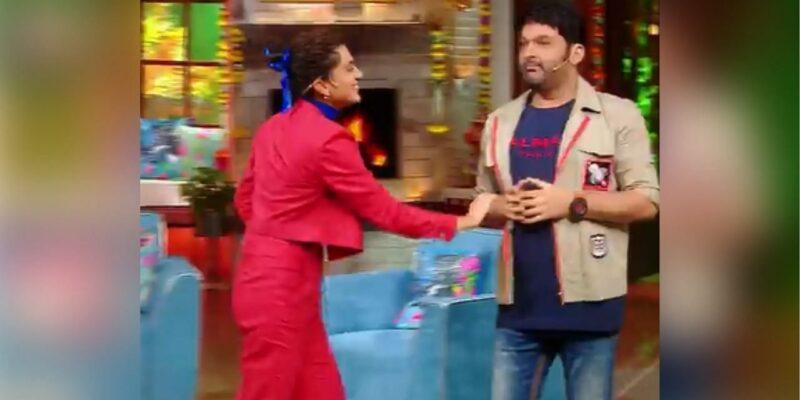 Bollywood actress Taapsee Pannu is busy these days in the promotion of her upcoming film Rashmi Rocket. Rashmi Rocket will be released tomorrow i.e. on October 15 on Zee5. Taapsee had reached the show ‘The Kapil Sharma Show’ for the promotion of this film. In the promo of the show, Taapsee is seen having a lot of fun with Kapil and his team. Priyanshu Painyuli, Supriya Pathak and Abhishek Banerjee are seen with him in this show.

Taapsee says I will not remove you

On hearing this talk of Kapil, Taapsee says that I will not remove you. On this Kapil says that I am talking about them, not mine. After listening to Taapsee and Kapil, Archana Puran Singh starts laughing out loud.

Tomorrow will release on Zee5

Risham hails from a small village in Kutch who wants to represent her country at the international level on the strength of her hard work but is suspended after failing the gender test. This film will be released on Zee5.

Rashmi Rocket is directed by Akarsh Khurana. Taapsee is playing the role of an athlete in this film. Seeing the great dialogues and strong performance of the actress, her fans have high hopes. Actually, a few days ago, Taapsee shared the video of her prep session on her Instagram.

Also read – From ‘Another Life 2’ to ‘Maha Samudram’, these films-seraj are being released in OTT and theaters

Also read – Reshma Pathan, Bollywood’s first stuntwoman to be seen on the stage of KBC 13, will surprise Hema Malini

Sunil Chhetri opened the layers of his heart about retirement and career, told how long will he play and when will he retire

Aryan Khan shifted from Quarantine Barrack to Common Cell of Arthur Road Jail, decision on bail will come on 20th