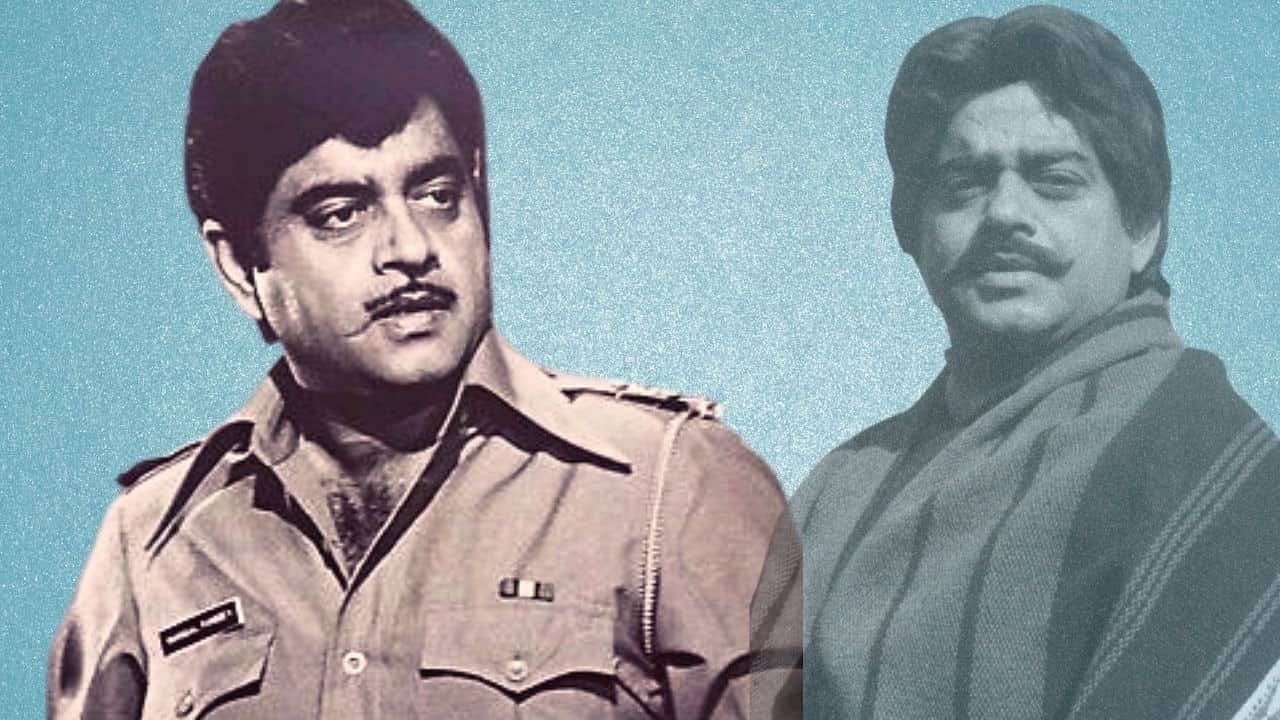 Shatrughan Sinha got a chance to do a big film in the year 1971. That film was Mere Apne, which was Gulzar’s debut film as a director. His acting in this film was highly appreciated.

A boy from Patna, Bihar, who rarely thought of coming to Mumbai or becoming an actor. One day he came out of the house such that he returned only after becoming a superstar. We are talking about actor and politician Shatrughan Sinha, whom people affectionately call Bihari Babu or Shotgun. Shatrughan Sinha achieved that position in his film career without any god father, for which he left his home and came to Maharashtra. Shatrughan Sinha was no special dashing personality, but he would have won the hearts of people with his presence.

How can Shatrughan Sinha’s dialogue delivery be forgotten? People still like his style of speaking dialogues in films. His famous dialogue- silenced… So it is on the tongue of the people. In addition the film my own Shatrughan’s dialogue spoken in- When Shyam came, tell him that Chenu had come… Even today people like it very much. Shatrughan Sinha has left indelible on the hearts of the audience with his lofty voice. Even today, when he goes somewhere, the way this Bihari Babu used to show his impeccable style in films, he is the same in those events as well.

Even though Shatrughan Sinha was in a supporting role in many films, but without him the film seemed incomplete during that period. He is not only an actor but also a singer. He has also lent his voice to a few selected films, in which soft warm, Volcano, Friend Includes movies like Everyone knows the film story of Shatrughan Sinha, but how did he reach the acting world, what was the contribution of his elder brother Ram and what was the reaction of Shatrughan Sinha’s father Bhuvneshwar Prasad Sinha on making a career in acting? Very few people know about this. Today we have brought an anecdote related to Shatrughan Sinha from our tales diary, when he wanted his father to sign the form to join acting school, what was his response.

Let us tell you that Shatrughan Sinha is the youngest of his four brothers. The name of his house is Ramayana and the names of the four brothers are also based on Ramayana – Rama, Lakshmana, Bharata and the youngest and naughty Shatrughan. Shatrughan Sinha’s father was a very educated person. At that time there was only one person who used to go abroad for his studies. Well-known journalist Bhavna Soumaya tells in one of her shows that Shatrughan’s father Bhuvneshwar completed his BSc and MSc studies from America. He himself used to give so much importance to studies, so it was his dream that out of his four sons, two would become scientists and two doctors.

On hearing the name of the acting school, the father became angry.

Hearing this, Bhuvneshwar Prasad was very angry and he flatly refused Shatrughan Sinha. This did not disappoint Shatrughan Sinha and he went straight to his elder brother Ram. Ram Bhaiya signed his form very comfortably. Shatrughan Sinha had submitted his form and then a few days later he was called for an audition in Delhi. After that he moved to Pune. There he spent two years at the Film and Television Institute of India. Yes, this is the same institute where he had sent his application. Here he spent his very beautiful moments.

Two years were about to be completed in his institute when he met Dev Anand Sahib. He made Shatrughan Sinha in his film love priest had signed for. However, this film could not become his debut film due to some reason. After this he got a chance to work in many films, but he had very small roles. He got a chance to do a big film in the year 1971. That movie was my own, Which was Gulzar Sahab’s debut film as a director. His acting in this film was highly appreciated and then he never looked back.

Death Anniversary: ​​What happened that an American girl started crying after listening to Salil Chaudhary’s music