Timeless: Left India at the age of 20, got a small job in Pakistan, Mehdi Hasan became Shahenshah-e-Ghazal after many struggles 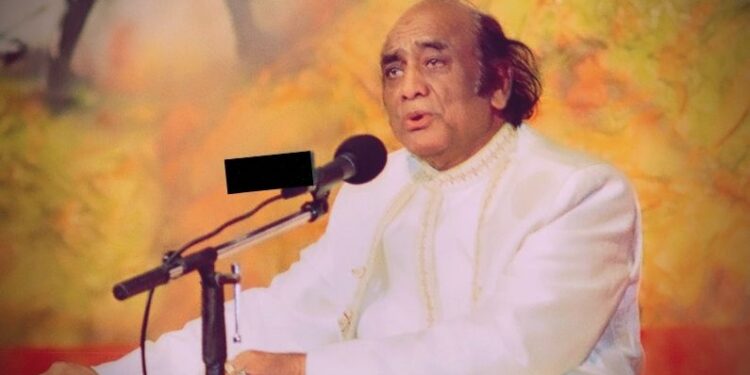 Mehdi Hassan was given as much love and respect by the people of Pakistan, he was also received by the people of India. People of his singing are still crazy about him. Mehdi Hassan had to make a lot of papads to achieve this position, so let’s know today the story of the struggle of the uncrowned king of Ghazal.

Mehdi Hassan was the name of the music world, who not only earned a lot of name for his singing in Pakistan, but also made a special place in the hearts of the people of India. Since, it is known to all that Mehdi Hassan’s family was associated with music from generation to generation, so he inherited music. It is said that Mehdi Hassan belonged to the 16th generation of his family, who illuminated the name of not only his family but also both Pakistan and India with his singing. India, because Mehdi Hasan was born here before the partition and when the partition happened, he was forced to move to Pakistan with his family.

Born on July 18, 1927 in Luna, Rajasthan, the family of Mehdi Hassan was known as Kalawant Gharana. He took music lessons from his father Ustad Azim Khan and uncle Ismail Khan. Mehdi Hassan’s father and uncle were both masters of Dhrupad singing. Both were very strict in terms of music. Mehdi Hassan’s father believed that for music it is very important to have a strong body. This makes the singer’s throat firm. Saj, Dum and Stamina strengthen the song.

Mehdi Hassan’s father used to get him 500 punishment meetings daily and got him to run for two miles. Once Mehdi Hassan’s father’s friend asked him whether you want to make your son a singer or a wrestler. Then he replied that a singer is also a wrestler and he has to exercise a lot with his throat, so it is very important to have strength in the body. Mehdi Hassan’s father and uncle, when he used to do Riyaz, used to keep a close watch on his every rhythm and tone. After a lot of Riyaz, his throat blossomed. When Sur’s good sense and throat became clear, Father and Chara began taking him with them to concerts.

India had to leave even without wanting

The journey of Mehdi Hassan’s stage performances started from here. When Mehdi Hassan was 8 years old, he gave his first performance with his elder brother. Everything was going well in Mehdi Hassan’s life. The family used to earn well. Then came that dark year i.e. 1947, when the country was divided into two parts. India and Pakistan. Mehdi Hasan, who spent his childhood in the streets of Luna, Rajasthan, had to leave his home bar without wanting to leave his home and settled in Pakistan along with his family. He was 20 years old at that time.

His family was not the only family, which had to leave its home and choose another country. This partition destroyed the homes of many. At the same time, when Mehdi Hassan’s family reached Pakistan after a lot of struggle, their financial condition had become very bad. The Kalawant gharana, which gained immense popularity in India due to its music and earned a lot of money, now had to give up its prized possession to improve the financial condition of the family.

first job in a bicycle shop

Every member of the house started working in some profession except music. Mehdi Hassan also wanted to improve the economic condition of the house. He first got a job in a bicycle shop in Pakistan. Here he used to do the work of puncturing the tires. While puncturing the cycle, he was able to reach the vehicles and trucks. Now he had come to fix cars and trucks too.

On the basis of his hard work, very soon he got a job in a very big company of that time. The name of this company was Ghulam Hussain Private Limited. He used to work here as a car and tractor mechanic. It was not that Mehdi Hassan had become a mechanic, so music went out of his heart and mind. He had the same passion for music as it used to be. When Mehdi Hassan used to make fun of the people working in the company about his singing, he used to make fun of them. But when he heard Mehdi Hassan singing a song one day, his senses were blown away. As if the ground slipped from under his feet.

When the owners and colleagues of Mehdi Hassan’s company asked him that you sing so well, then why are you working in this company. Then Mehdi Hassan shared with him the financial condition of his family. Also told how important this job is for the family and them. If he is able to continue this job, then with the money received in it, he will be able to continue his music education. Now everyone in the company started liking Mehdi Hassan. He became so popular that he was awarded the Best Mechanic Award by the company.

However, along with this job, his music training was going on from his father and uncle. Along with the job, he also kept looking for opportunities to do something good in singing. After working hard for several days, Mehdi Hassan’s search ended in 1954, when he started his career through Radio Pakistan. After this his luck shone and he got his first film Shikar in 1956. The first song of his career was – Dil Ki Baat Ka Charcha Na Jaye as soon as you see it. With this song, Mehdi Hassan’s film career started in Pakistan. He gained a lot of popularity with Rang in Faiz Ahmaz Faiz’s Ghazal Gulo. After the popularity of this ghazal, Mehdi Hassan’s career never took a break.