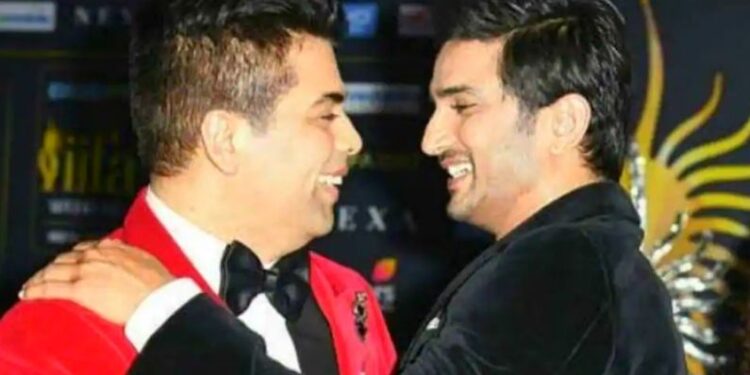 Sushant Singh Rajput and Karan Johar during an award function

This video is from the reality show India’s Got Talent aired on Colors channel. In this video you can see Sushant Singh Rajput hugging Karan Johar in a very fun-filled manner. He also danced fiercely with Malaika Arora during the show. Let us tell that Malaika and Karan were the judges of the show at that time and Sushant Singh Rajput and Sara Ali Khan had arrived here for the promotion of their film Kedarnath on the show.

In the video you can see that the host of the show Ritvik Dhanjani and Bharti Singh have a lot of fun by calling Sushant Singh Rajput on stage. Ritvik Dhanjani and Sushant are seen running around on the sets. He dances with the audience. Meanwhile, Sushant Singh Rajput first dances with Malaika Arora and then goes to Karan Johar and hugs him loudly. Seeing this naughty style of Sushant, Karan also smiles a lot. Sushant then approaches Bharti and hugs her. At the same time, Bharti kisses Sushant very lovingly.

Karan Johar was very happy and impressed by this unique style of Sushant Singh Rajput. Sushant played an important role in Karan Johar’s film Drive. Apart from this, Karan had another film in his hands, but that project could not be completed due to some reason. This video, and working with Karan Johar, suggests that there was probably no rift between the two. Whenever the two were seen together, they used to meet each other very warmly.