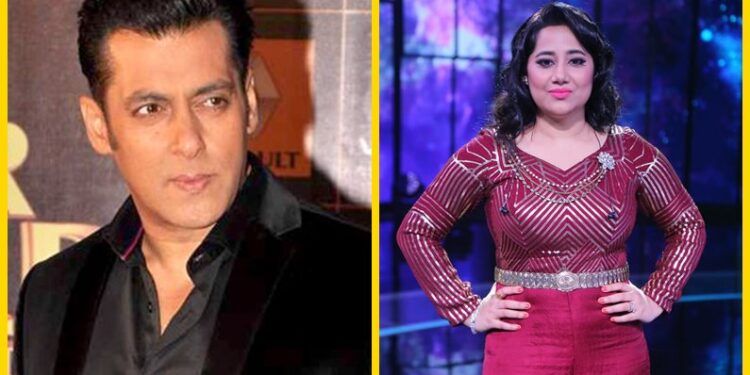 Payal Dev says, “I grew up in the 90s and I grew up listening and humming the music of Nadeem-Shravan, Mithun and Lalit ji. All these composers have been my inspiration when I was trying to become a music composer.”

Zee TV’s reality show Indian Pro Music League is entertaining the audience during Lockdown 2.0. Captain Payal Dev of Team UP Dabangs is playing a special role in the spectacular performance of her team in this show. Although very few people would know that his journey from a singer to a music composer has been very different. Payal gives the credit of this journey to Salman Khan, the brother-in-law of the industry.

Talking about her journey, the singing star says, “All you need in life is a moment when you have to make some tough decisions and then your life takes a better turn. I never thought of becoming a music composer, but with time things happened. When I launched my first music video ‘Sajna Ve’ in the year 2017, I was very happy that the audience accepted me as the music composer and gave me so much love for my songs.

Payal says that was my first composition and as promised by Salman bhai, he also shared my video. At that time his fans and followers gave me a lot of respect and love. Then I felt that I should try a little more and become a good music composer. In fact, I am thankful to Salman bhai for always encouraging me and motivating me to do bigger and better things. I have a special bond with him. From being her fan to singing in her films and now joining her through the Indian Pro Music League, she has got a lot of support and I will always be thankful to her.”

Being a music composer is challenging

Payal adds, “I grew up in the 90’s and I grew up listening and humming the music of Nadeem-Shravan, Mithun and Lalitji. All these composers have been my inspiration when I was trying to become a music composer. Being a music composer and being a singer are two different things. A music composer has many responsibilities. To be honest, composing a track is more difficult than singing it.”

While describing the struggle of a music composer, Payal also said that from the concept of the song to its creation, the music composer is involved in it. It takes a lot of work, but I feel that after becoming a music composer, I have earned a lot of respect and love and my life has changed completely. I must say it was the best decision of my career. I hope my fans and followers will continue to shower me with the same love and respect, and win the UP Dabangs in the Indian Pro Music League.

Indian Idol 12: Sonu Kakkar will be seen in the show this week in place of Neha Kakkar, will be a big hit with Himesh Reshammiya