Taking off shoes and throwing them in front of others is considered a respect in this culture, in Super Dancer Chapter 4 the emperor revealed 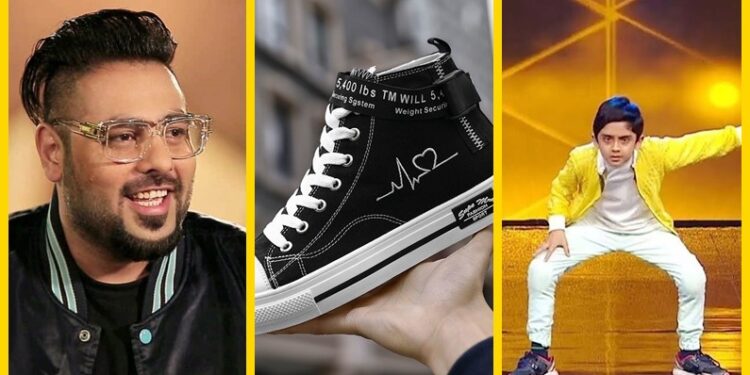 For our Indian culture, which touches the feet of the Guru and takes his blessings, it is not considered right to take out shoes in front of anyone, but there is a place where it is considered a symbol of respect.

In the special episode of ‘Teen Ka Tadka’ of Sony TV’s dance show Super Dancer Chapter 4, when rapper Badshah defeated Tiger Pop, the winner of India’s Best Dancer, Super Dancer Contestant Sanchit and his He was completely stunned when he saw Tuting and Hip Hop performance with Super Guru Vartika Jha. After this stellar performance, Badshah went on the stage without saying anything and with a jerk, he took off his shoes and threw them in front of Sanchit, Vartika Jha and Tiger Pop. Although this attitude of his would have seemed strange to the audience, but Badshah also gave the reason behind it.

Badshah said that in hip-hop culture, after watching a performance, when the person in front has no words to say, he takes off his shoes without saying anything as a mark of respect and puts them in front. This is a sign given in the language of dancing to give respect to the person in front without speaking. It is famous mostly in western countries. As long as Vartika, Tiger Pop and Sanchit were on stage, Badshah did not wear his shoes at all. After listening to the comments of the judges, he went to his place today, then this rapper King put on his shoes and returned to his chair.

fun together with everyone

Not only Sanchit, but the talent king of all the children of Super Dancer Chapter 4 looked completely surprised. Be it Amit and Amardeep’s performance or Bhavna, Neerja’s performance today, Badshah got tears in his eyes after seeing the great performance of both of them. So Shweta and Pratiti’s performance of Ramleela stood by this rapper King of India. Together with the judges, Badshah made a lot of noise in both the episodes.

Dance with Contestants and Shilpa Shetty

By the way, when the children of Super Dancer challenged the Badshah, who made everyone crazy with his rap, he lost his sweat. He was challenged by these contestants to perform his signature dance steps, which he lost badly. But while performing brilliantly on his song with Shilpa Shetty, he turned that defeat into victory.

Shilpa Shetty’s bad condition on the stage of Super Dancer Chapter 4, know why Khursi left and sat on the ladder

Indian Idol 12: Dharmendra romances Anita Raj, the actress told how she was nervous on the sets…