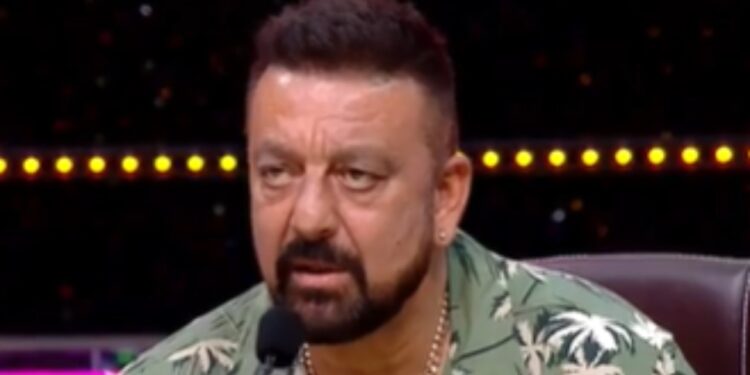 Sanjay Dutt started his Bollywood career with the film Rocky. His film proved to be a superhit. Sanjay Dutt narrated an anecdote related to the film.

Sanjay Dutt has come as a special guest in the dance reality show Super Dancer Chapter 4. Today this show will get its super 10 contestants. Sanju Baba is encouraging all the contestants. At the same time, he told many stories related to his films to the audience.

Sanjay Dutt started his Bollywood career with the film Rocky. This film was directed by his father Sunil Dutt. Contestant Amit danced with his super guru Amardeep on Rocky’s song Kya Yehi Pyaar Hai. Sanjay Dutt was shocked to see his robotic dance.

Lunch break was not available on the sets of Rocky

The show’s judge Anurag Basu asked Sanjay Dutt about his debut film Rocky. He asked was Dutt sahib too strict? Sanjay Dutt told that he was very strict. There was no lunch break or anything. He said- Once there was father’s assistant Farooq Bhai, he came to me and said Sanju, lunch break is not happening, but you go and eat food.

was scolded by daddy

Sanjay Dutt further said that I was eating food. In this Daddy shot. Daddy asked where is he and he said that he is having lunch. Then Daddy said what to call him. When I went, he said – who told you to eat food. I have shot. Who told you to go to eat food? Sanjay Dutt said that Farooq sir told me to eat. Then Daddy asked Farooq that you said- Farooq sir said absolutely not Dutt sahib. He said- I don’t know how are the boys of today. Eat food without asking. Sanju, you did not listen to Dutt sahib. Who told you

Was nervous on the sets of Rocky

Sanjay Dutt had told in this show that he was very nervous during his first shot. At that time shooting was taking place in Kashmir and my first shot was that I had to jump saying save. Also Sanju Baba had told that he himself did all the stunts in the film.