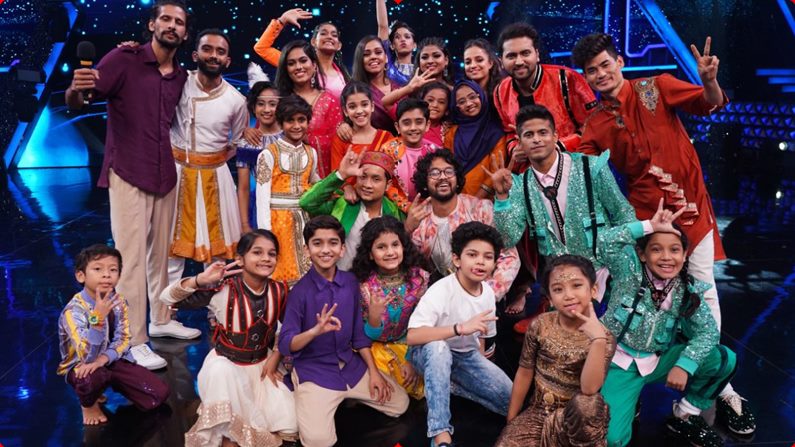 Today, the Mahasangam of the songs of Indian Idol 12 and the moves of Super Dancer Chapter 4) is going to be seen on Sony TV.

Super dancer will dance to the beat of Indian Idol contestants

The singing champions of Indian Idol are going to appear in Sony TV’s Dancing Reality Show Super Dancer Chapter 4 today. On this special occasion, the children of Super Dancer will perform live with their gurus on the songs of the top 6 contestants of Idol.

In yesterday’s episode, the pair of Guru Shishya in Super Dancer presented the dancing act of Amar Chitrakatha on stage. This week is very special for Super Dancer because after a month the host of the show Shilpa Shetty is back. So let’s take a look at some interesting performances on Super Dancer’s stage today,

Shanmukhpriya with Sanchit and Vartika

Shanmukha Priya’s Tera Intezaar Mujhe, Kar Lena Pyaar Mujhe will present today Super Dancer’s Contestant Sanchit and his Super Guru Vartika on a scintillating performance on stage. Seeing his performance, Anurag Basu will tell him that today there is a prince of swag in front of him and two queens of swag. For this splendid performance, Shilpa Shetty will also get a ladder for Sanchit and will be given a grand salute by climbing that ladder with him.

Nihal with Saumit and Vaibhav

After winning the hearts of everyone with his singing, Indian Idol finalist Nihal will make Saumit and his super guru Vaibhav dance to the beats of his tunes. Today, on the song ‘Dekha Jo Tujhe Yaar, Dil Mein Baji Guitar’, the pair of Saumit and his mentor Vaibhav will once again present a funny comedy act on the stage. The three judges will enjoy this dance very much. Seeing this act, the judge of the show Shilpa Shetty will be very happy on both.

Arunita with Florina and Tusshar

The song ‘O Mere Sona Re Sona Re’ will be presented on the stage of Super Dancer today in the beautiful voice of Arunita Kanjilal. On this song, Florina and Tusshar will perform dance as usual, showing their banging style. For this dance of his, he will get a standing ovation from all the three judges. Seeing their performance, Anurag Basu will tell them that seeing this act, it looks like Tusshar and Florina are back in their original form.

Deepika Padukone won the hearts of fans in red dress, Ranveer Singh’s look is no less than anyone

RD is the best option to save a little money every month, know why it is a profitable deal

According to an article in the UK-based science website IFLScience, MERS was first reported…