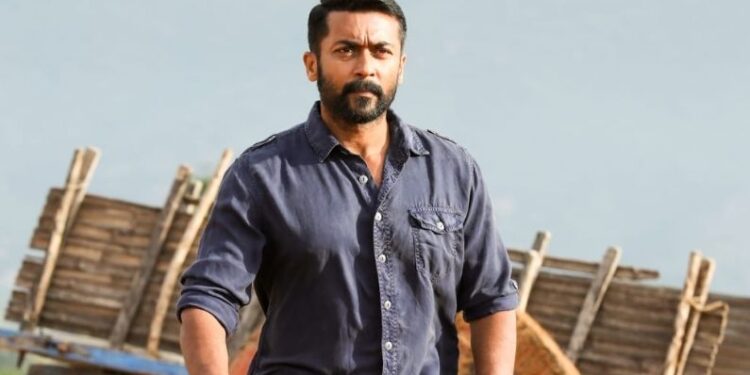 ‘Soorrai Pottru’ is a film that shows a similar spirit and synopsis, so it is a good and interesting choice for a Hindi remake by the production house.

Two of India’s leading content creators and producers, 2D Entertainment and Abundantia Entertainment, today joined hands for the Hindi remake of the film ‘Soorarai Pottru’. Soorarai Pottru is an emotional and impactful story by Nedumaran Rajaangam. Nedumaran’s character was played in the film by superstar Suriya Sivakumar, who dreams of providing air travel to the common man i.e. poor people. To fulfill this dream, he gets the support of his family, friends and villagers, with the help of whom he fights with the most capitalist people of the world.

The film is to some extent based on the founder of Air Deccan Captain G.R. It is based on the life of Gopinath. It was one of ten Indian films to be screened under the Best Foreign Film category at the 78th Golden Globe Awards. It was also sent for screening at the 93rd Academy Awards. ‘Soorarai Potru’ scored a rating of 9.1 in IMDB’s list of Highest Rated Movies. It was the only Indian film to make history at the third position after The Shawshank Redemption (1994) and The Godfather (1972).

Casting yet to be done

‘Soorrai Pottru’ is a film that shows a similar spirit and synopsis, so it is a good and interesting choice for a Hindi remake by the production house. Capt. G.R. Air Deccan founder Gopinath, who inspired the film, expressed excitement over the story now being told in Hindi, “When Sudha first came to me with the idea of ​​telling the story of my life’s journey, I immediately agreed because with honesty She wanted to make a film. At the same time, this film is important for young entrepreneurs with the potential to inspire about my life journey, especially from rural towns and villages with little resources to pursue their dreams and passions. I am overwhelmed with the response to Soorarai Pottru and now eagerly waiting for the Hindi adaptation of the film.”

At the same time, actor Suriya says, “The love and appreciation showered on Soorai Potru was unprecedented. From the moment I first heard this story, I thought it should be a pan-India film. It gives me pleasure to partner with Abudantia Entertainment to tell the inspiring story of Captain Gopinath in Hindi.”

Director Sudha Kongra says, “I was immediately attracted by the story of Soorarai Potru, the story of Captain Gopinath, a courageous and inspiring businessman who embodied the New India of the 90s. I am grateful for all the love we have received so far and look forward to telling this unique and wonderful story in Hindi. I hope this official Hindi remake will get the same love as the original.”

Also read- Memories of 1971 Indo-Pak war will be fresh, will Ajay Devgn’s Bhuj: The Pride Of India be a hit like ‘Border’?