Siddharth Shukla romances with Madhuri Dixit, after watching the video, Shahnaz said this 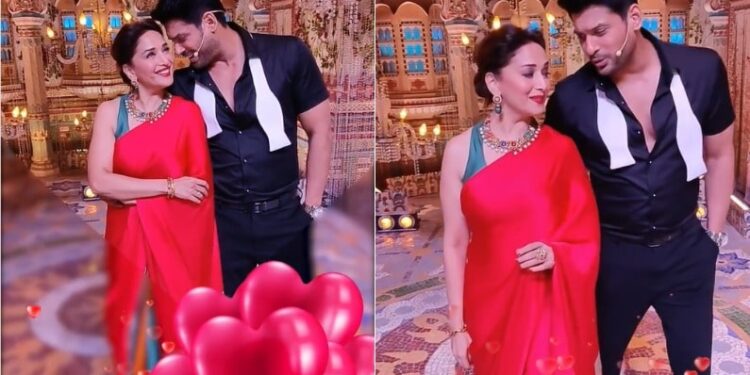 Siddharth Shukla has shared a video on social media in which he is seen romancing Madhuri Dixit on the song ‘Tera Naam Liya Tujhe Yaad Kiya’.

Bigg Boss 13 winner Siddharth Shukla has recently made his digital debut. He has appeared in Ekta Kapoor’s series Broken But Beautiful. This series is very much liked by the audience and Siddharth’s acting is being praised a lot. Now Siddharth is going to appear in the dance reality show Dance Deewane 3 for the promotion of his web series. Where he will be seen romancing Madhuri Dixit, the judge of the show.

Siddharth Shukla has shared a video on social media in which he is seen romancing Madhuri Dixit on the song ‘Tera Naam Liya Tujhe Yaad Kiya’. This song is from Madhuri Dixit’s film Ram Lakhan. This song was filmed on Dimple Kapadia and Jackie Shroff.

Recently, the judge of the show Tushar Kalia shared a picture with Siddharth Shukla. Both were looking handsome in suits.

Siddharth is returning to Colors

Talking about Siddharth’s web series Broken But Beautiful 3, Sonia Rathi has been seen in the lead role with him. This series has made many records in its name. It has been released on Alt Balaji on 29 May.

Also read: Despite the help of Sonu Sood, Mahi Vij’s brother did not survive, this message was written for the actor

Virat Kohli sat down till his knees to take a picture of Anushka Sharma, this woman cricketer revealed