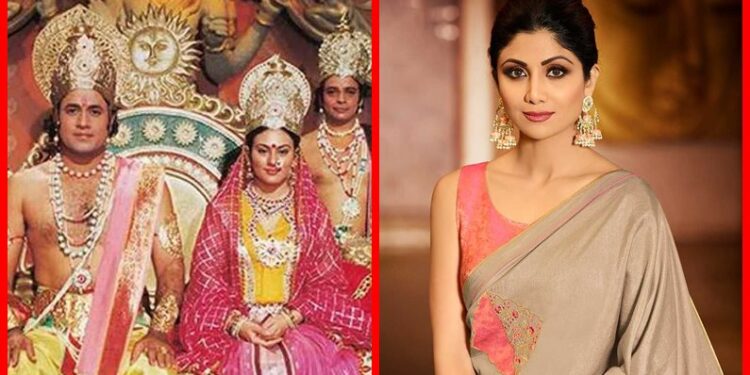 Everyone was mesmerized by the spectacular act of Ramayana on the stage of Super Dancer Chapter 4. This holy book of India was presented in a splendid way in a concise form.

Used to watch Ramayana on TV

In Sony TV’s dancing show Super Dancer Chapter 4, today in ‘Teen Ki Trio’ special, Contestant Pratiti and her super guru Shweta Warrier along with Sadhvi Majumdar of India’s Best Dancer. Together presented a beautiful act on Ramayana in front of the audience. This beautiful dance narrated the Ramayana in a very wonderful way. Seeing this dance, the judges as well as everyone present on the stage were thrilled and everyone gave a standing ovation and praised the three. During this, Shilpa Shetty also shared a memory related to her grandmother.

In fact, from Shilpa Shetty to Anurag Basu, all the judges of Super Dancer Chapter 4 got emotional after seeing Pratti and her team dance. Shilpa Shetty said that ‘When Ramayan used to come on TV, then my grandmother used to watch that show with great love. Then after cleaning the TV completely, she used to sit in front of the TV with folded hands at the time of Ramayana. He further said that ‘we were children then, and in some homes, we used to present flower necklaces on TV on TV. At that time we did not understand what was happening, but seeing this act today, I felt like standing and watching this act.

the emperor was impressed

Describing about Ramayana, this judge of Super Dancer said that we have read and heard a lot about Ramayana. But yes, seeing this act, I felt as if I had seen God. Not only Shilpa Shetty, Anurag Basu and Badshah also praised this act very much. Badshah said that although I do not spend money to watch shows, but if someone performs like this, then I will spend money and see. Sony TV should present such act at international level.

Anurag Basu said that ‘Seeing this act, many emotions came to heart, but when finally the feeling was that how lucky we are, who are born on this land, where there are such stories, there are such texts, there is such dance. Such is the music and such is the dance drama. Tell me where in the world is this? This is our heritage. You guys have tied it so beautifully to Ramayana in such a short, your story was definitely short but your presentation was detailed.’

Hot Pics: Fatima Sana Shaikh posed in a hot style inside the cage, hotness on Instagram increased the mercury of the fans