Shershaah: Siddharth Malhotra will become ‘Vikram Batra’ to lick the enemies, the film will be released on this day 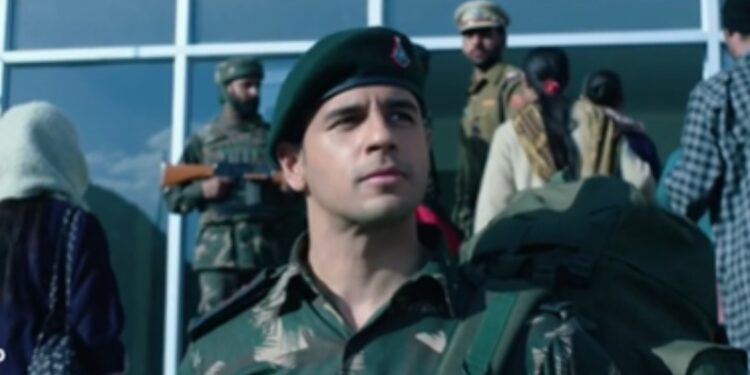 Shershaah will be released on OTT platform

Siddharth has shared a video on social media with the announcement of the release date of the film. Sharing this post, he wrote – Heroes live through their stories. We are proud to bring you the story of Kargil War Hero Captain Vikram Batra. This film has been a long journey for me and I am proud to play this character. Shershaah will release on August 12 on Amazon Prime.

Some glimpse of real footage of Kargil War is shown in the video. How he had dusted the enemies. Some clips of Captain Vikram Batra are also shown in the video in which he is seen talking. After that there is entry of Siddharth Malhotra who is going to be seen in the role of Vikram Batra in the film. This film, which is going to be released on the occasion of Independence Day, will awaken patriotism in you.

Along with Siddharth Malhotra and Kiara Advani, many actors like Shiv Pandit, Raj Arjun, Pranay Pachauri, Himansh Ashok Malhotra, Nikitan Dheer, Anil Chatterjee, Sahil Vaid and Pawan Chopra are going to be seen playing important roles in the film. The special thing is that Siddharth Malhotra will be seen in a double role in this film.

On Wednesday, by sharing the post on social media, Siddharth Malhotra gave a hint to the fans to make an announcement related to the film. He had tweeted that Sher Shah told Delta my eyes are on target 150,721. I am waiting for your signal. over. After this tweet of Siddharth, his fans started speculating that he is going to announce the release date of his film. The film was earlier scheduled to be released in theaters on July 2, but due to the Corona epidemic, it could not happen.

read this also: RRR Viral Video: Seeing this making of RRR, waiting for the film is going to be heavy, just watch it once