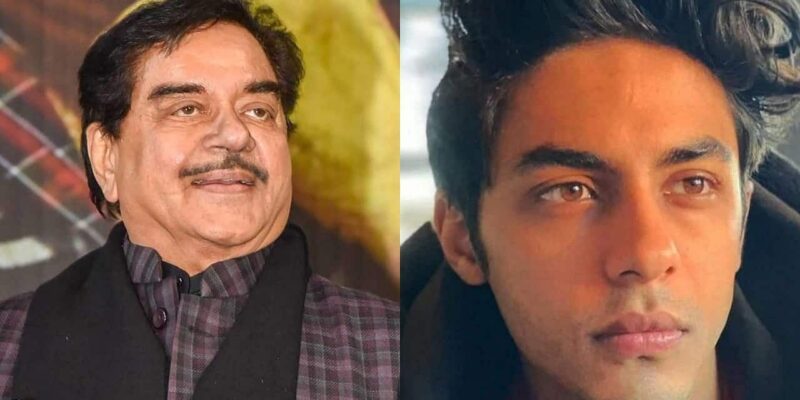 Shahrukh Khan’s son Aryan Khan has been arrested by the NCB in the drugs case. Aryan has been sent to judicial custody for 14 days by the court. He is currently in Arthur Road Jail in Mumbai. Shatrughan Sinha talks on Aryan Khan case.

In an interview given to ETimes, Shatrughan Sinha has talked about Shahrukh Khan and his son Aryan. He said that no one wants to come forward. Everyone thinks that this is their own problem, they should deal with it. They want him to fight his own battle. This industry is a group of scared people.

Aryan is being targeted

When Shatrughan Sinha was asked if Shahrukh is being targeted on the basis of religion, he said- We cannot say that his religion is coming in his way but some people started using this topic. which is not correct. Whoever is in India is the son of India and everyone is equal under the Constitution.

Shatrughan Sinha further said that the reason for targeting Aryan is Shahrukh Khan. There are also names like Munmun Dhamecha and Arbaaz Merchant but no one is talking about them. When the last time something like this happened, the focus was on Deepika Padukone, while the names of other people had come out but the focus was being done only on Deepika.

Shatrughan Sinha said about the case that we know that he has not recovered any drugs from Aryan and has not found any objectionable material. But even if you get any drugs, then its punishment is 1 year but in this case it does not happen.

Death Anniversary: ​​Nirupa Roy’s career was costly to do religious films, know how she entered the industry

The children of these zodiac signs are very sharp in the mind, it is very important for them to get the right guidance.