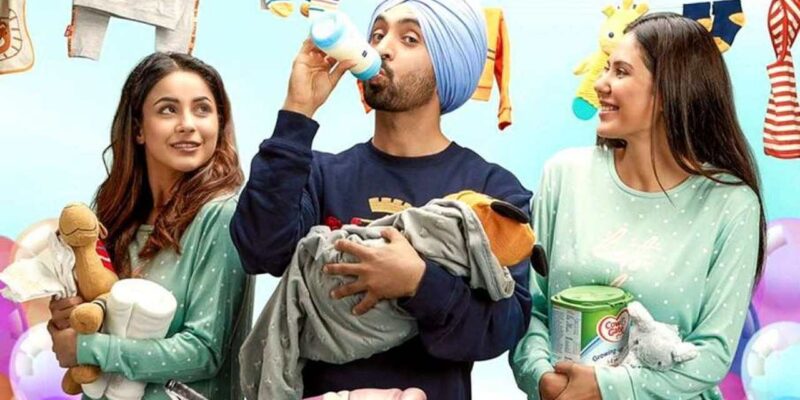 Some time ago, Bigg Boss 13 winner and TV actor Siddharth Shukla died of a heart attack on 2 September. After the death of Siddharth, his roomy girlfriend Shehnaaz Gill was badly broken. Whoever saw Shahnaz Gill at the funeral of Siddharth Shukla, his eyes were filled.

Not only this, after the death of Siddharth, Shahnaz had not yet appeared in public, but now after months, Shahnaz has become active for the promotion of her upcoming film ‘Honsala Rakh’. In such a situation, he said something about Siddhartha, which showed how badly he was shocked by Siddharth’s death.

Whenever a film is promoted, obviously the artist is talked about his role and the concept of the film, in such a situation, Shahnaz also talked to Shahnaz on his role in the film and his real life, then he told that When we love someone, we share this emotional attachment with that person and with that attachment I have calculated the ratio. Accordingly, I find myself attached to the role of mother in this song up to 40 percent. Now everyone knows that what was the place of Siddharth in Shahnaz’s heart, every such thing is enough to tell what bad phase she is going through.

Can feel love of a mother

Shahnaz is playing the role of a mother in this film, so she felt very attached to this role. She said for this character, ‘Pyaar jo hai na matlab maa ka jo pyar hota hai na, that mother knows only and I can feel mother’s. Because only a mother knows how much my mother loves me. What is mother’s love and I have been able to feel it with this role.

This pair was famous with Sidnaz

In Bigg Boss 13, the pair of Shahnaz and Siddharth was very much liked by the fans and they were affectionately called ‘Sidnaz’. Shahnaz had expressed her love for Siddha many times in the show. Even after the show, there were reports that both are dating each other, although publicly they never said anything about their relationship. At the same time, there were reports that Sidnaz was also going to get married in December this year, but everything was shattered due to the sudden death of Siddharth.

Kranti Radkar, wife of Sameer Wankhede, who made her Bollywood debut with ‘Gangajal’, is quite glamorous, see photos

Kia Sonet’s first anniversary edition launched in India, know how much it costs

Before the IND vs PAK match, Babar Azam roared, said – Pakistan will win this time, also told the reason