Saqib Saleem’s series Unpaused: Naya Safar will see a glimpse of the pandemic and the lockdown 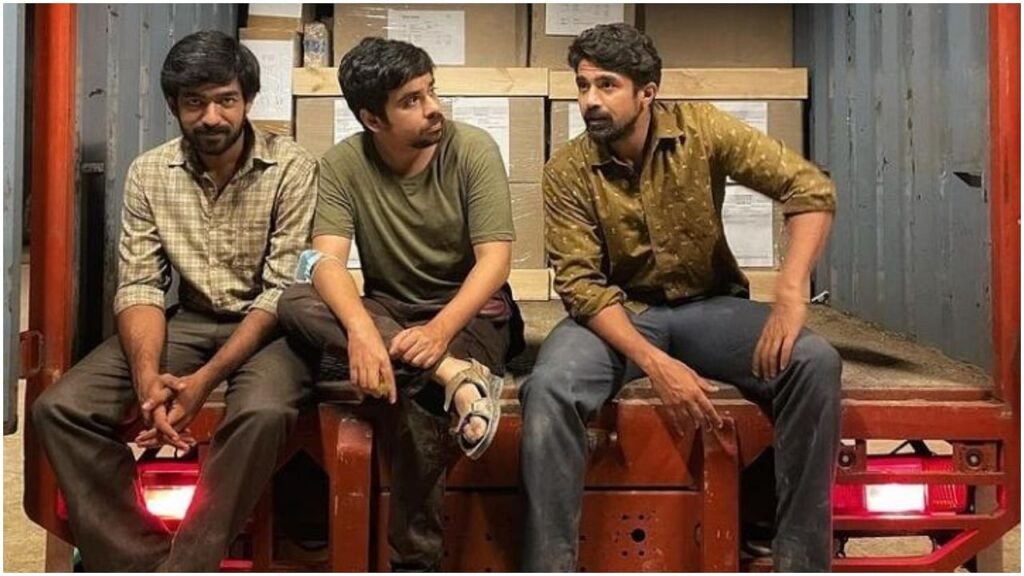 Saqib Saleem, who did wonders in Ranveer Singh’s film 83, is now going to give his stellar performance through Unposed – Naya Safar series. Saqib is very excited about this series.

After making a home in the hearts of the audience by playing the role of Mohinder Amarnath in the film 83, Saqib Saleem is now ready for his new project at the beginning of the new year. Saqib is bringing a big surprise for the viewers which will be seen in Amazon Prime’s compilation ‘Unpaused – Naya Safar’. In this compilation, five unique stories will be seen which show hope, positivity and new beginnings. The OTT platform has released its poster, in which a glimpse of the story can be seen.

Saqib Saleem will be seen playing his strong role in the story ‘Teen Tigada’ which is directed by Ruchir Arun. This is a story that throws light on the lockdown being imposed during the pandemic. Talking on this, Saqib said that this series not only shows how to face the challenges arising out of the pandemic but also to embrace the new year with positivity. Saqib liked the sentimentality of the series and everyone would associate themselves with it.

Saqib ready to spread his magic

Talking on this series, Saqib says that “The theme of ‘Unposed: Naya Safar’ will touch the heart. I am ready to spread the magic of my acting once again with this series in 2022 and I am very much looking forward to it. Each film in this series showcases the emotions emanating during the pandemic, to which we will feel connected. Due to the sudden lockdown across India, three people get stuck in one place and our story set on this is ‘Teen Tigada’, in which human emotions have been shown well.

Let us tell you about Saqib that he started modeling work before acting. Saqib did the film Mujhse Fraandship Karoge in the year 2011. After this, he was seen in Mere Dad Ki Maruti in the same year in which Riya Chakraborty was with him. Saqib then worked in films like Bombay Talkies, Hawa Hawai, Dishoom, Dobara, Dil Junglee, Race 3. Recently he appeared in the film 83 and his work was highly appreciated. Now Saqib is going to be seen in the film Kakuda. This is a horror comedy film in which Sonakshi Sinha and Riteish Deshmukh are in lead roles.