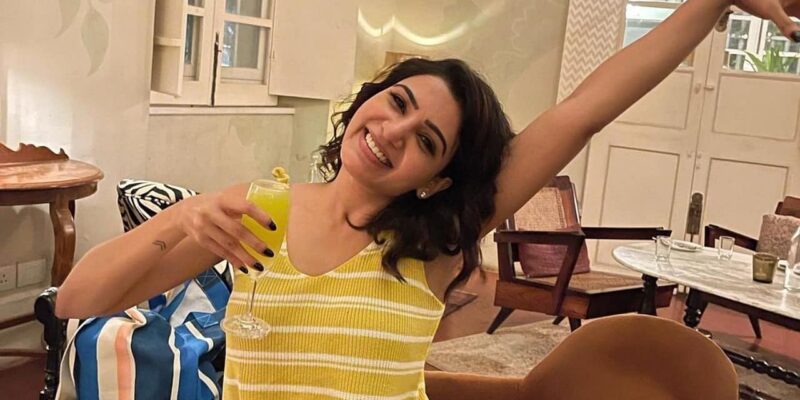 South sensation Samantha Prabhu recently created a stir on social media by officially announcing her separation with her husband Naga Chaitanya. After which his fans were deeply saddened by this separation. At the same time, it was also clear from Samantha’s post that how upset she is with her divorce.

Now such news has come about Samantha, which seems that the actress is ready to leave all her tension and focus on her career and her next step is Bollywood. For which he has engaged his team to do a particular work.

Looking for a house in Mumbai (Samantha Mumbai Home)

According to the report of News18, the actress has put her team on the task of finding a home in Mumbai. Although they will not shift permanently here, but it is being told that they can come to Mumbai’s house without any problem in connection with work between Hyderabad and Mumbai. So that they do not need a hotel again and again to stay or stay. Now she is ready to step into Bollywood, so she wants to make a house of her own in Mumbai too.

Now everyone is aware that after the success of ‘The Family Man 2’ web series, many big offers have come from Bollywood for Samantha. Her work was highly appreciated. Her fan following on social media also increased a lot. From which it is clear that Samantha wants to be seen in her audience and Hindi project, while the actress is also now making up her mind to compete with the beauties of Bollywood after Tollywood.

Has given a statement about shifting to Mumbai

By the way, some time back also the news of Samantha’s shift to Mumbai had caught a lot of emphasis, on which the actress said that she has no intention of shifting to Mumbai. His house is in Hyderabad and he is happy there, but now the way the news of his finding his whereabouts in Mumbai has come to limelight once again. It seems that maybe now the actress has changed her mind and has started looking at the house in Mumbai.

Although he has not reacted to this news so far, but if there is truth in this news, then it has to be seen what will be his opinion on this change of heart. Apart from her personal life, Samantha is also in discussion about her upcoming Telugu film Shakuntalam. Samantha is working for the first time in a mythological film in which she will be seen playing the role of Queen Shakuntala.

From cereals, milk, spices, ghee to vegetables and fruits, nothing is untouched by adulteration.