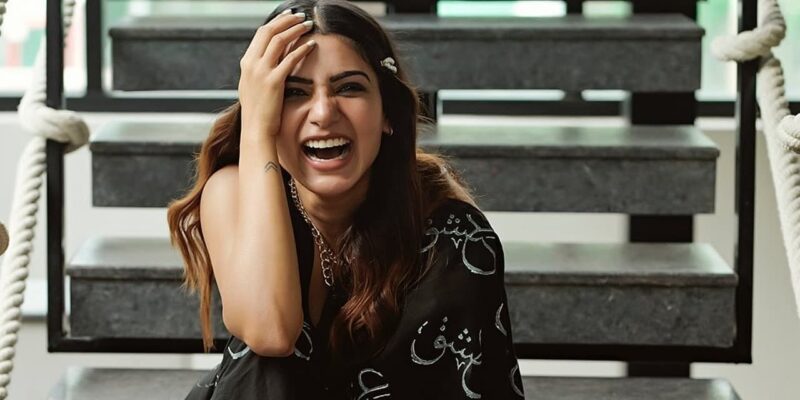 South superstar couple Samantha Prabhu and Naga Chaitanya recently surprised and upset their fans by announcing their divorce. Many days have passed since the announcement of divorce for this couple’s attachment, but some news related to them remains in the discussion and now a producer has revealed that the actress was planning to increase the family with Naga.

Ever since Samantha declared her divorce. Since then, the fans speculated about the reasons behind their divorce. Some people were talking in the name of Samantha with absurd arguments. She was accused of having affairs, abortion, not wanting to be a mother and being career focused, on which the actress gave a befitting reply to the trollers.

After the questions arising on the actress, now the producer of her film Shakuntalam has supported the actress by making a big disclosure, she told in an interview that ‘Last year when my father and director Gunasekhar approached Samantha for the film Shakuntalam, she was about it. Was very excited.

She liked the story of the film. But she said that she wants to finish its shooting by July and August so that she can plan her family. Also she said that when the film team told the actress that pre-production and rest Due to all the preparations, she could shoot in less time, so the actress was very happy.

Samantha gave a befitting reply to the trollers

Samantha Ruth Prabhu wrote on Instagram Story, “I am in awe of your emotional investment in my personal crisis. Thank you all for showing so much affection for me, showing empathy, concern and protecting me against false rumors and stories that are being spread about me. He says that my affair was going on.

I did not want to have children. I even got an abortion. Getting divorced is a painful process in itself. Leave me alone to overcome this. Personal attacks on me are continuing, but I promise that they can say whatever they want, but they will not be able to break me. “

KBC13: Amitabh Bachchan’s birthday will be celebrated on the sets of Kaun Banega Crorepati, Big B gets emotional

The mastermind of REET paper leak was arrested from Uttarakhand, the deal was done for eight and a half lakh rupees; Reached others like this after internet shutdown