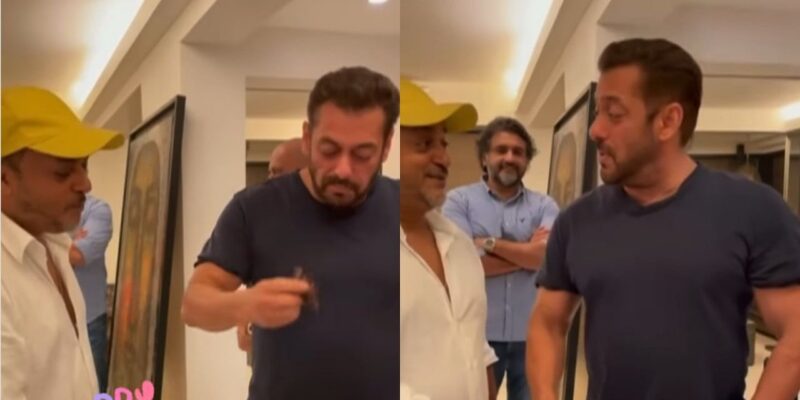 Music composer Wajid Khan left this world on June 1 last year saying goodbye. Wajid’s birth anniversary was on Friday. Which Salman Khan celebrated together with Wajid’s brother Sajid. Sajid has shared the video of the celebration on social media.

Sharing the video on his Instagram account, Sajid Khan wrote – How to tell whom to tell how much we want to you. We love you very much Wajid, this world loves you.

In the video, Salman Khan is seen cutting a cake with Sajid on Wajid’s birth anniversary and singing Happy Birthday song for Wajid. After that Salman feeds Sajid cake and eats it himself. Iulia Vantur is also seen in the video along with Salman and Sajid.

Let us tell you that Salman Khan has worked with Sajid-Wajid many times. He has worked in Tere Naam, Mujhse Shaadi Karogi, Dabangg and Ek Tha Tiger. Wajid has also sung many songs for Salman Khan like Jalwa, Fevicol Se, Hud Hud Dabangg.

Salman Khan had tears in his eyes

Sajid Khan had told in an interview to Bollywood Hungama that Salman Khan had tears in his eyes after the death of Wajid. Sajid said – Tears came out while talking. I told brother, brother, I think Wajid is here. Salman Bhai also walked and went back towards the swimming pool and seeing in the sky, he also started crying.

On the death of Wajid, Salman Khan had shared the post – Wajid, you will miss a lot. We all love you very much. God rest your soul.

Let us tell you that Wajid Khan died due to kidney problem. His kidney transplant was also done but his life could not be saved.

Talking about the workfront, Salman Khan will soon be seen in the film Final opposite Aayush Sharma. Apart from this, he will be seen in Tiger 3 with Katrina Kaif.

The Kapil Sharma Show: Saif Ali Khan got angry with Kapil Sharma because of this, there is a connection with Shakti Kapoor

Forex reserves fell for the fourth consecutive week, this week decreased by $ 1.16 billion

The crisis deepens in Britain! Millions of Britons are unable to buy essential food items, shocking results came out in the survey