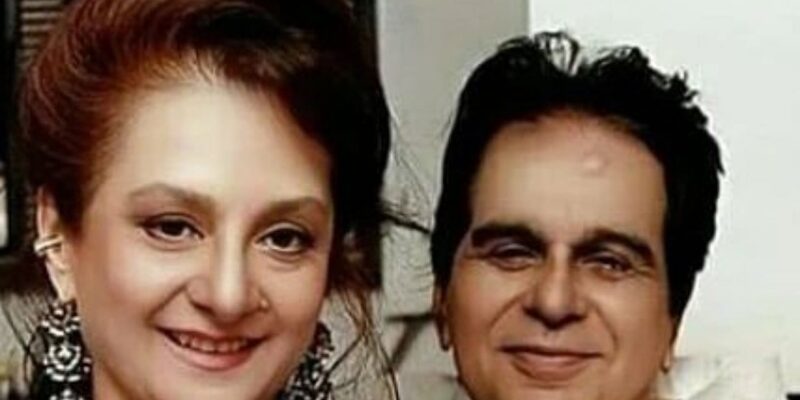 Bollywood veteran Dilip Kumar left this world on 7 July 2021 saying goodbye. Since Dilip Sahab’s departure, his wife Saira Banu has been away from the limelight and is left alone. Saira Banu has spoken about him for the first time since the death of Dilip Kumar. Also, he has thanked the fans for their love and prayers.

Saira Banu has shared a hand-written letter with ETimes in which she has talked about Dilip Sahab. He said that on October 11, his and Dilip Sahab’s 56th wedding anniversary was going to happen. I am writing this letter specially for our family, special friends and well wishers who have given us a lot of love.

will always walk together

Saira Banu further wrote- Dilip sahib and me, when time was still and the sky was lit up with millions of stars. Our marriage, the beginning of a shared life of blissful life and no matter what, we still walk hand in hand Put, in our thoughts and will go on till the last moment.

Dilip sahib was an iconic light not just for me but for all the generations who took a step forward in their lives and set an example with his personality.

Saira Banu was admitted in the hospital

Shortly after Dilip Kumar’s death, Saira Banu was admitted to Mumbai’s Hinduja Hospital due to difficulty in breathing and high blood pressure. He was admitted to the ICU. The doctor has advised him to get angiography done.

Faizal Farooqui, family friend of Dilip Kumar and Saira Banu, had told in an interview that Saira Banu is broken after the death of Dilip Sahab. In the 55 years of his life, he has spent every moment with Dilip Sahab. You and I can only feel the pain but there is an emptiness in his life. Perhaps the sadness and stress is bothering them.

Let us tell you that Dilip Kumar and Saira Banu were tied in the bond of marriage in the year 1966. There was a difference of 22 years in the age of Saira Banu and Dilip Sahab.

Also read: Drugs Case: Armaan Kohli’s bail plea will be heard on this date, he has been in jail for the last 2 months

Intermittent fasting is not coming for your work, know 6 reasons for this

Mukesh Ambani’s Reliance New Energy Solar bought this company, a deal done for so many billions