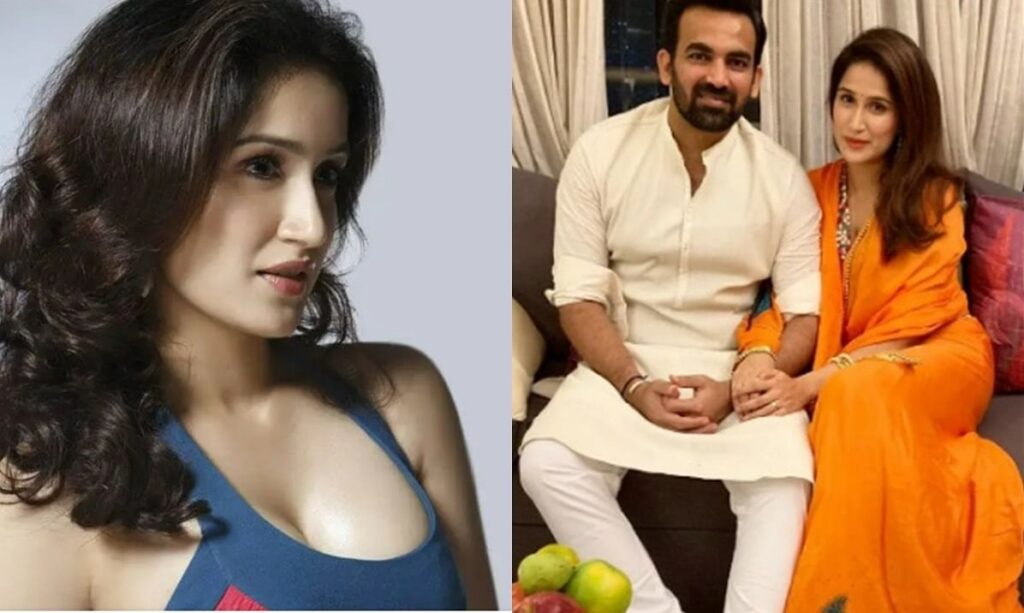 Today is the birthday of actress Sagarika Ghatge, who got special recognition among the audience by becoming ‘Preeti Sabarwal’ of the film Chak De India. With this, she has turned a year old. Sagarika got married to former India fast bowler Zaheer Khan in the year 2017. The love story of Sagarika Ghatge and Zaheer Khan was very sweet and simple. Although, like any love story, there were some problems in this love story, although Sagarika and Zaheer gave more importance to love during this time.

Both had fallen in love by breaking the wall of religion, in such a situation, Zaheer Khan made successful efforts to persuade Sagarika’s family. Zaheer Khan and Sagarika had told about this together in an interview. Sagarika had told in an interview that – Zaheer had convinced her that he was made for her. Sagarika had said- ‘I had met many such people who achieved a lot in their life. I really liked his down to earth quality in Zaheer. I saw that as they live with people. Everyone likes him because he is such a person.

When Zaheer had an hour-long meeting with Sagarika’s father

Zaheer Khan had told- ‘We both respect each other’s family a lot. Before his father, his mother knew about us. He helped us a lot. We had created a background after telling them. When I met Sagarika’s father for the first time, I thought I would meet for 15-20 minutes, meet him and come back. But this meeting lasted for 3 hours. However, in those 3 hours, we only did common things. But I was surprised.

At the same time, Sagarika had told- ‘When I met Zaheer’s family for the first time, I was definitely very nervous. We both understood each other’s views, so we decided that everything will be done in a very simple way. We only wanted our parents to be a part of our happiness, they would appreciate our decision. In such a situation, he also said that whatever you want to do, our prayers are with you. Zaheer had told that when Sagarika met her mother for the first time, the energy between these two was amazing. Sagarika was very happy that day. Let us tell you, Sagarika and Zaheer got married in a very simple way in the presence of close friends and family members. Friends had done court marriage.

How did Sagarika and Zaheer Khan meet?

Sagarika Ghatge is a part of the glamor world, so her Neha Dhupia is a very special friend. Neha’s husband Angad Bedi was also a good friend of Sagarika. Angad Bedi is the son of former cricketer Bishan Singh, so Sagarika met Zaheer for the first time through these two. It is said that Zaheer had liked Sagarika at first sight. The two exchanged numbers after shaking hands with each other. When this friendship turned into love, Zaheer and Sagarika were not even aware of it. The special thing is that no one knew about Sagarika and Zaheer’s affair. But both were given notice when Yuvraj Singh and Hazel Keech got married, in which both had reached the party holding each other’s hands. It is only after this that the tales of Sagarika and Zaheer’s love story started coming to the fore.

Also read: Death Anniversary: ​​The first film got the Cannes Award, 11 Filmfare Awards, such was the journey of director Bimal Roy