Report: Nushrat Bharucha will be the lead actress in Akshay Kumar and Emraan Hashmi’s film Selfie! 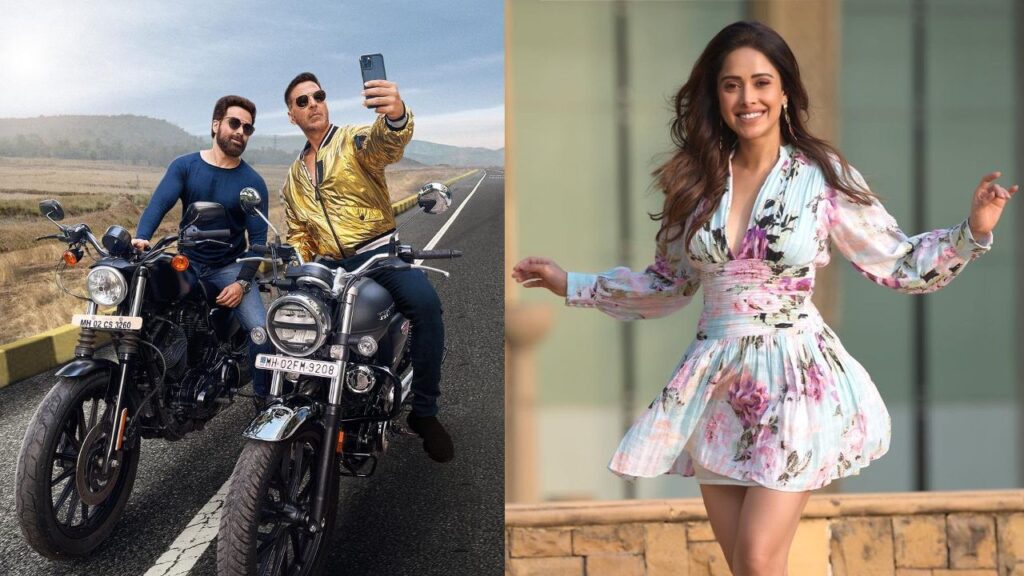 Nusrat Bharucha is busy in dubbing of ‘Ram Setu’ as well as her upcoming film ‘Janhit Mein Jari’. This film is being made under the direction of Raaj Shaandilyaa. Nusrat is its main heroine.

Recently Akshay Kumar (Akshay Kumar) had announced his new film ‘Selfie’. Emraan Hashmi with Akshay Kumar in this movie (Emran Hashmi) were also to be seen. Akshay posted a small video from his social media account and told that he and Emraan Hashmi are going to be a part of this new film. The announcement of this film was done in a very unique way. The song used in the video was well-liked by the audience. Akshay does 4 films every year and announces the arrival of 4. Meanwhile, a new information related to this film is coming that actress Nusrat Bharucha (Nursat Bharucha) to be a part of this film. According to the report published in Pinkvilla, Nusrat is the leading actress in this film and she will soon join the rest of this team.

Nusrat will work with Akshay for the second time

According to the report published in Pinkvilla, a source in his industry has told that Nushrat Bharucha will be seen in the character of Leading Lady in Akshay Kumar and Emraan Hashmi’s film Selfie. She is going to be an important part of this film. This will be her second film with Akshay Kumar. This news has not been confirmed by Nusrat yet. Along with this, Nusrat will also be seen in Akshay Kumar’s ‘Ram Setu’. This film is being produced in Akshay’s own production and it is being directed by Abhishek Sharma. Nusrat is currently busy with her film projects.

Nushrat Bharucha is a part of many big projects

Nusrat is busy dubbing for ‘Ram Setu’ as well as her lead role in ‘Janhit Mein Jari’. This film is being made under the direction of Raaj Shaandilyaa. Nusrat is its main heroine. He has completed shooting of ‘Ram Sethu’ in Hyderabad a few days back. Jacqueline Fernandez is going to be seen with him in this. Another film is seen coming in his bag. Will work with Emraan Hashmi for the first time and Akshay Kumar for the second time.

Akshay is working on many films together

Akshay is also currently busy in many films simultaneously. He has many different genre films. The trailer of his upcoming film ‘Bachchan Pandey’ is making a lot of noise. Apart from this, he is doing films like Prithviraj, Oh My God 2, Rakshabandhan, Ram Setu, Bade Miyan Chote Miyan. At the same time, Imran is going to be seen in Salman Khan’s ‘Tiger 3.

Photos: Alia Bhatt reached Delhi in connection with the promotion of ‘Gangubai Kathiawadi’, these beautiful pictures of her in a white sari will blow your senses