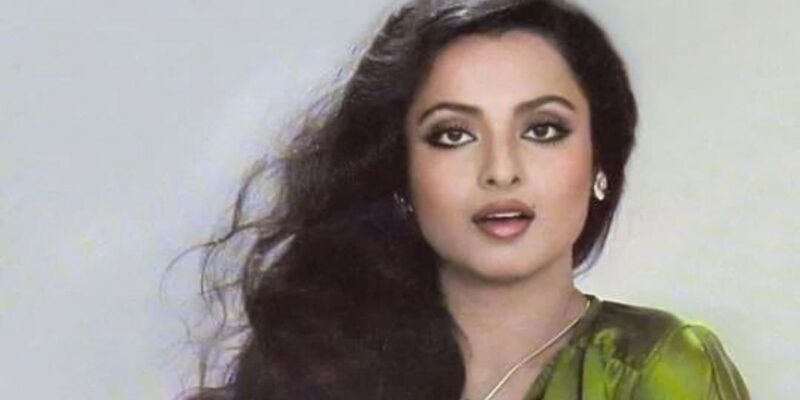 Bollywood’s veteran actress Rekha wins everyone’s heart with her acting and style. He has achieved a place in the industry on the basis of his hard work. Of course, Rekha has taken a break from films but is seen in events. She is known for the look of her sarees and jewellery.

Rekha is celebrating her 67th birthday today. He was born on 10 October 1954 in Madras. He started his career as a child artist. Today, on the occasion of Rekha’s birthday, let us tell you about her net worth.

Rekha has been in Bollywood for more than 50 years. He has worked in more than 190 films in his film career. If reports are to be believed, Rekha’s net worth is around $40 million.

Rekha is a member of Parliament. She lives in her bungalow located in Bandra, Mumbai. Farhan Akhtar and Shahrukh Khan are his neighbours. Apart from this, he also has many places in Mumbai and property in South which he has given on rent.

Rekha is often seen at the launch of events and store openings. Along with this, she also comes as a special guest in reality shows. Rekha was one of the highest paid actresses in her time. She is also known to spend money wisely. That’s why he has made a lot of savings so far.

Birthday Special: Rakul Preet Singh always wanted to be an actress, the first Bollywood film was a superhit

History of the Day: For the first time, the Olympic Games were organized in an Asian country, read the full details of the events recorded on October 10

UP Assembly Election: SP President Akhilesh Yadav will rally in Saharanpur today, emphasis will be on cultivating Jat land