Rashmi Rocket Review: This film is a slap on the disgusting gender test with the players, Taapsee Pannu won her heart again 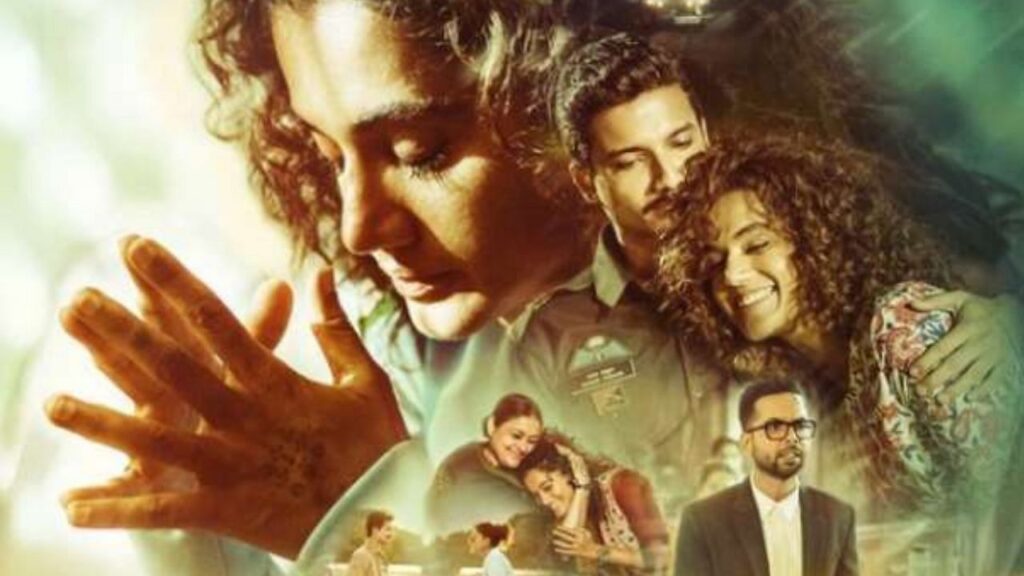 Rashmi Rocket is a film made on a very strong subject.

Many people may be unaware of the fact that there has been such a thing as gender testing in sports. Filmmaker Akarsh Khurana has raised this social issue in his film ‘Rashmi Rocket’. Adorned with actors like Taapsee Pannu, Supriya Pathak, Priyanshu Painyuli, this film is the story of a Gujarati girl who dreams of becoming a world athlete. While pursuing her dream, it doesn’t take long for her to understand that women athletes face exploitation in the name of gender testing under an age-old system in our country. If you have not seen this film yet, then before that you should read this review and know whether you should watch this film or not.

What is the story of Rashmi Rocket?

The story of the film begins with a girls hostel. The police enter and she takes Rashmi away with her. What is Rashmi’s crime? Somebody knows this. It is said that a complaint has been received that a boy has entered the girls hostel and then Rashmi is arrested. After this, the story of the film starts 14 years back from Bhuj in Gujarat, showing the story of Rashmi from her childhood to her growing up. Rashmi’s parents i.e. Supriya Pathak and Manoj Joshi have brought her up very proudly. Her passion is running, which she sees as her career. People call her Ghani Kool Chhori, who works as a tourist guide.

Rashmi is a free-thinking girl, who likes to garba wearing sneakers and also flirt with boys. However, there is only one boy close to her heart and that is Gagan (Priyanshu Painyuli). Gagan is in the army and he likes everything about Rashmi. Gagan is the person who tests Rashmi’s talent as a runner. This is when Rashmi shows sheer courage to save the life of a friend of Gagan. After this, Rashmi Veera of Bhuj does not take much time to become the rising star Rashmi Rocket of the country. She becomes such a fast runner that her name is Rashmi Rocket.

However, it does not take long for Rashmi, who celebrates her happiness, to be noticed. Before participating in the 2004 Asian Games, something happens, which he never imagined. She finds herself a victim of exploitation in the name of gender testing, an age-old sporting practice. In a quest to gain her prestige and recognition, Rashmi decides to follow the path of justice with the help of boyfriend-turned-husband Gagan and lawyer Ishik (Abhishek Banerjee). Now whether Rashmi is able to get her lost honor and justice, you will have to watch the film for this.

What is good in the film and what is not?

The story of the film is definitely built on a strong theme, but its first part has been dramatized excessively. Especially, that too when it is Taapsee Pannu’s film, because such things have been seen less in Taapsee’s previous films. There is a slight mistake in showing a love angle well. It was a lovely story, which could have been told with a lot of seriousness.

Even though the first half seems a bit cumbersome, but its second half completely removes that boredom. The second half is the real winner of the film. The film has gained momentum with the entry of Abhishek Banerjee. The direction of the film is tremendous. Akarsh and his team deserve congratulations for this. Akarsh has to be praised because he has shown the courage to raise such a sensitive subject, which has been a matter of debate for a long time.

Apart from this, if we talk about the performance of the characters, then this film gets number 8 out of 10. Often we have seen that when a sports drama is made, actors are seen flaunting their bodies. However, an attempt has also been made to bring a change in Bollywood through Rashmi Rocket. After seeing Taapsee Pannu’s muscle, maybe more actresses on the film screen also muster the courage to show their muscular body on the big screen. Taapsee Pannu’s acting is good.

At the same time, boyfriend-turned-husband Priyanshu Painyuli has tried to match step by step with Taapsee Pannu, so that she can take her Rashmi to the finish line. Abhishek Banerjee has looked very strong in the role of a lawyer. Apart from this, there is no break in the acting of Manoj Joshi and Supriya Pathak. Apart from these, Varun Badola, Shweta Tripathi and Akarsh Khurana do justice to their respective characters.

The film also reminds us of India’s fast sprinter Dutee Chand, who did not get a chance to play in the Asian Games after failing the gender test. If you have made up your mind to watch this film, then we are of the opinion that you must watch it.

Also read- Comedian Krishna gave Supriya Pathak a unique idea to ask for a share in Amitabh’s property, know what is the matter