Raj Kundra is the owner of property worth 2900 crores, know in which sectors the business is spread? 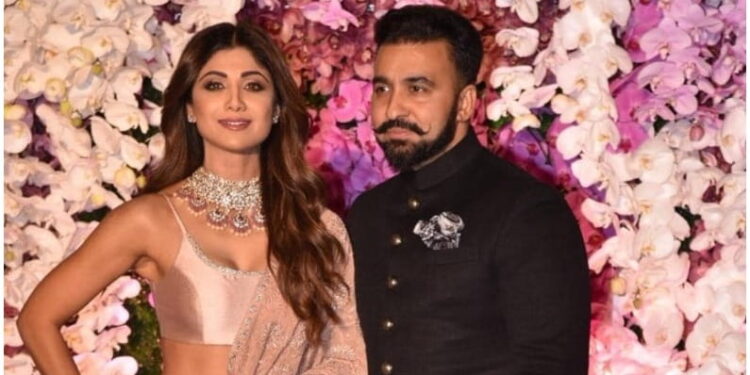 Raj Kundra may have been born in 1975 in London, UK, but his paternal affiliation has been entirely from Punjab. His father Bal Krishna Kundra first lived in Ludhiana, but later when Raj Kundra’s business spread, he also moved to London.

The property cell of Mumbai Crime Branch has arrested Raj Kundra. Raj Kundra is a well-known businessman of the country and is the husband of Bollywood actress Shilpa Shetty. Raj Kundra is accused of making and circulating pornographic films. In this regard, Mumbai Police had filed a case in February this year in connection with which Raj Kundra has been arrested. Mumbai Police says that so far 9 people have been arrested in this case. Since Raj Kundra is a big personality in the business world, people are interested in his ‘net worth’. People are often interested to get information about the earnings of big celebrities. Let us know here what Raj Kundra does and how much he earns and how much property he owns.

First of all, some interesting aspects related to his life. Raj Kundra may be a college dropout, but he never ‘dropped’ anything in the business world. In business, he keeps on waving his flag continuously. He is one of the Anglo-Asian businessman, as well as he has been counted in the world’s rich community. It is said about him that he started business from the time of school. More than studies, he had the urge to travel the country and the world and learn the tricks of business.

Raj Kundra first liked the business of pashmina shawls in Nepal and he got engrossed in it. Since he was a businessman, he was already acquainted with well-known celebrities of India. Raj Kundra took full advantage of this and started selling pashmina shawls to celebrities. A decade passed by and Raj Kundra mastered this type of business. With this, he operated his mind and started business in many countries of the world under the guise of this business.

Raj Kundra may have been born in 1975 in London, UK, but his ancestral affiliation has been entirely from Punjab. His father Bal Krishna Kundra first lived in Ludhiana, but later when Raj Kundra’s business spread, he also moved to London. It is said that Raj Kundra’s father worked as a conductor in Ludhiana and later started his business. Following in the footsteps of his father, Raj Kundra also started a business and soon he became king in Britain and Dubai including India. Now let’s know about his earnings.

Business in the in-sector

Raj Kundra’s business is spread across steel plants, fashion industry, real estate, construction, forex investment and other sectors. A report by https://starsnetworth.in/raj-kundra-net-worth/ states that Raj Kundra earns around $100 million in a year. His earnings are shocking and his wife is more than Bollywood actress Shilpa Shetty. This is the reason that once Raj Kundra has got a place among the very rich people in the list of SUCCESS. Raj Kundra has been ranked 198th in the list of Richest British Asian. According to an estimate, the net worth (can say total assets) of Raj Kundra in the year 2021 is around Rs 2800 crores. In US dollars it is close to 400 million.

so is the total assets