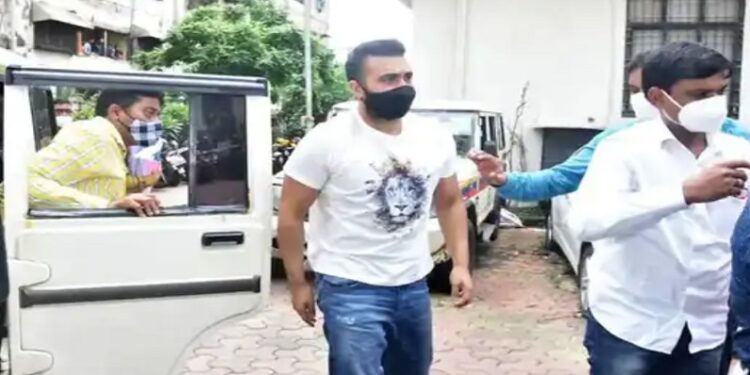 Actress Shilpa Shetty’s husband and businessman Raj Kundra (Raj Kundra Case Update) has been sent to police custody till July 23 by the Esplanade Court in the case of making porn films. When the Crime Branch team was taking him to Byculla Jail on Tuesday, he looked quite disheartened. During this, Raj Kundra did not even answer the questions. Mumbai Police often keeps the accused in Byculla itself and they are interrogated here. However, the question is arising that why did the police spend so much time after the first complaint was made in this case on 4 February. It is believed that soon Raj Kundra’s complete business model is going to come out, which will also make it clear that how he was using bribe to hide his ‘secret business’.

Police has got very important evidence

It has come to the fore in the investigation that Raj Kundra had invested 8 to 10 crores in the porn film industry. Raj Kundra and his brother living in Britain had formed a company named Kenrin and through that all this was going on. The videos of the films were shot in India and were sent to Kenrin via We Transfer (a file transfer service). According to the police, it has many information and evidence related to Raj Kundra and his dirty business. The police have a complete account of the statements of the victim girls, WhatsApp chats, movies on the app and Raj Kundra’s business of pornographic films.

How was it hidden?

The question is arising that how Raj Kundra was able to keep this entire racket hidden for so long. According to police sources, such evidence has also been found that Raj was also spending money to keep his business hidden. Investigation is going on that what kind of expenditure was this, was this money being given in the form of bribe or whether these people were also partners in this business. Let us inform that Ryan Tharp has also been sent to police custody along with Kundra and he can also take cover from many important things.

What did Kundra’s lawyer say?

Let us inform that Raj Kundra, after appearing in the court, clarified that he had sold the Hotshot app several days ago to an accused Pradeep Bakshi. He said that I had sold this company for $25,000 and now I do not have a stake in this company. However, the police told the court that Raj was constantly dealing with pornographic videos through his app Hot-shot and was also associated with the company’s people through WhatsApp chat. In this case the names of Gehana Vashistha and Umesh Kamat have also come to the fore. The name of Raj Kundra was revealed only in the interrogation of these people. Poonam Pandey and Sherlyn Chopra have also accused Raj Kundra related to this.