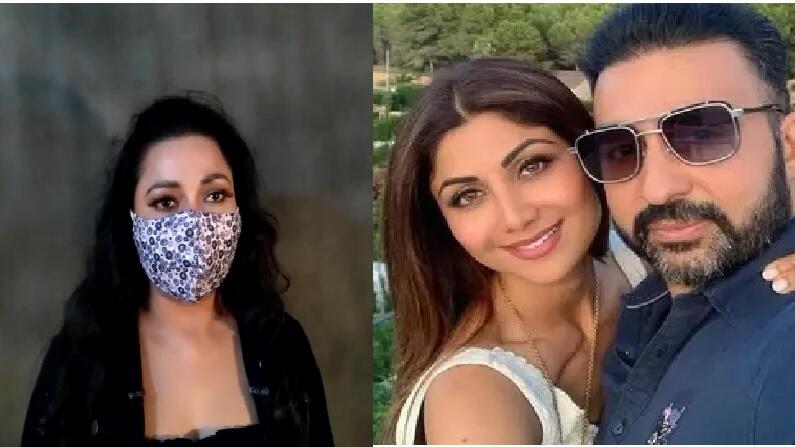 A new truth is coming out one after the other about Shilpa Shetty’s husband Raj Kundra arrested for making pornographic films. From this it is being known that how the business of making dirty pictures of Raj Kundra was going on unabated. In this episode, a model-actress Sagarika Sonam has appeared. After the disclosure of this racket of pornographic films, Sagarika Sonam also came in front of the media and demanded the arrest of Raj Kundra.

Sagarika Sonam had said that Raj Kundra is part of a racket making pornographic films. They should be arrested. He told that Umesh Kamat called him through Raj Kundra and gave him a dirty offer to work in a web series. Umesh Kamat, who worked as Managing Director in Raj Kundra’s company, had made a wrong demand in the name of audition before giving the job. Umesh Kamat asked to audition nude on video call. According to Sagarika, there were three people on the other side, one Umesh Kamat. Sagarika does not know about the other person, but the third person, according to Sagarika, was Raj Kundra.

What are the allegations of Sagarika Sonam?

Sagarika had said that ‘I was asked to audition nude on a video call. There were only three people on the call. One of them was Umesh Kamat. One’s face was not visible and the third man was Raj Kundra. He said that Umesh Kamat was also taking the name of Raj Kundra on frequent calls. He was saying that all the sites that are running are their owners. I want to say that Raj Kundra should be arrested. Why are they not being arrested? There are many sites of Raj Kundra running. I think the main link is Raj Kundri.

Poonam Pandey and Sherlyn Chopra have also made allegations

In the first week of February 2021, the police raided a bungalow located in Malad Madh area of ​​Mumbai, 5 people were arrested by the police on the spot of the shooting of pornographic films going on in this bungalow. Actress Gehana Vashisht was also arrested in the same police raid and on February 9, Umesh Kamat was also arrested. After this racket of pornographic films was exposed in the name of making webseries in the Madh area of ​​Malad, Mumbai, the police investigation went ahead and then the mastermind of this entire racket, Raj Kundra was arrested by the police.