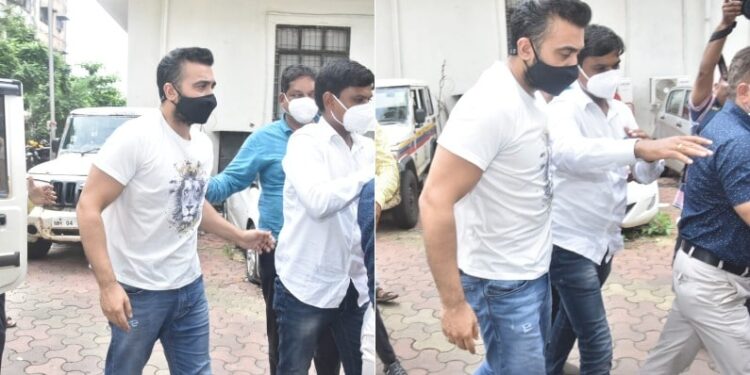 In the Madh area of ​​Malad, where such shooting takes place, there are bungalows of big film stars, directors, producers. Where such scenes are being shot, if those places are also investigated, then more names will come up, but if the matter is limited to Raj Kundra only, then it will be considered as a targeted investigation. This has been claimed by Dr. Gunaratna Sadavarte, senior advocate of the Supreme Court.

Raj Kundra, husband of actress Shilpa Shetty, has been sent to police custody till July 23 by the Mumbai sessions court for being a producer of pornographic films. After the court, Raj Kundra was taken to Byculla Jail in Mumbai. After getting the custody, the police keep the accused here and interrogate them.

What is the charge against Raj Kundra? If the charges are proved, what is the punishment?

Raj Kundra is accused of making pornographic films and selling them by downloading them through different apps. On such charges, a crime is registered against the accused under different sections of the IT Act and IPC. If Raj Kundra is found guilty, he may have to go to jail for 5 to 7 years and up to a maximum of 10 years.

The law in India is very strict regarding pornography and pornographic content. In such crimes, offenses are registered under several sections of the Indian Penal Code (IPC), including the IT Act. Some reforms have also been made in the IT Act in order to make the punishment stricter in such crimes due to the increase in the use of the Internet.

The Anti-Pornography Law applies to the publication or transmission of nude and sex-related photos, videos, text, audio and other such content through electronic means. People who produce nude or obscene videos of any other person or make MMS and transmit them to other persons are covered under this law.

In this case, IPC 420 and 67 (A) sections have been imposed on Primafasy Raj Kundra at present. In the coming days, he can be punished under sections 292, 293,294,500 and 509 of the IPC, apart from section 67 (A) of the IT Amendment Act 2008. In view of the seriousness of the offense, if such an offense is proved for the first time, it can be punished with imprisonment for a term which may extend to five years and with fine which may extend to ten lakh rupees. If convicted of a similar offense for the second time, the sentence can be increased to seven years.

Talking to Tv9 Bharatvarsh Digital regarding the punishment, Dr. Gunaratna Sadavarte, Senior Advocate of the Supreme Court says that the case of Primafasy 420 which has been registered at present is just the beginning. It seems when you call an artist for some other work and get them to do some other work. But here the matter is about making the artist naked. A case can go up to sexual intercourse against the will of a woman and for having unnatural sex and even rape. Because if such a shoot has been done then the act has also been done. If the charge is proved in such a case, the punishment can be from seven to ten years under sections 354, 376 and 377 of the IPC.

It is very difficult to prove the charge in such a case.

Let us tell you that when the racket of making pornographic films in the name of webseries was exposed, many models and actresses gave their statements. Among those statements came the statement of a Jharkhand-based struggler artist, in which he had alleged that he was not even called saying that obscene scenes would be shot from him. When that artist refused to shoot such scenes, she was shown contract papers under which it was told that if she breaks the contract, she will have to pay a damages of Rs 10 lakh. Actually the contract letter was in English and something else was explained to him in Hindi.

In this case, senior Supreme Court lawyer Dr. Gunaratna Sadavarte, citing a judgment of Supreme Court Justice Radhakrishnan, says that the perpetrators of such heinous crimes never leave evidence. It is difficult to prove such an offense or act while creating a scene. This can happen only if those artists are ready to testify.

The matter is not limited to Raj Kundra, many big people can be involved

If the investigation progresses, then this matter will not be limited to Rajkundra only. In the Madh area of ​​Malad, where such shooting takes place, there are bungalows of big film stars, directors, producers. If the bungalows where such scenes are being shot, if they all are investigated, then more names will come out, but if the matter is limited to Raj Kundra only, then it should be targeted investigation i.e. to target Raj Kundra in particular. The investigation done will be understood. This has been claimed by senior advocate Dr. Gunaratna Sadavarte.