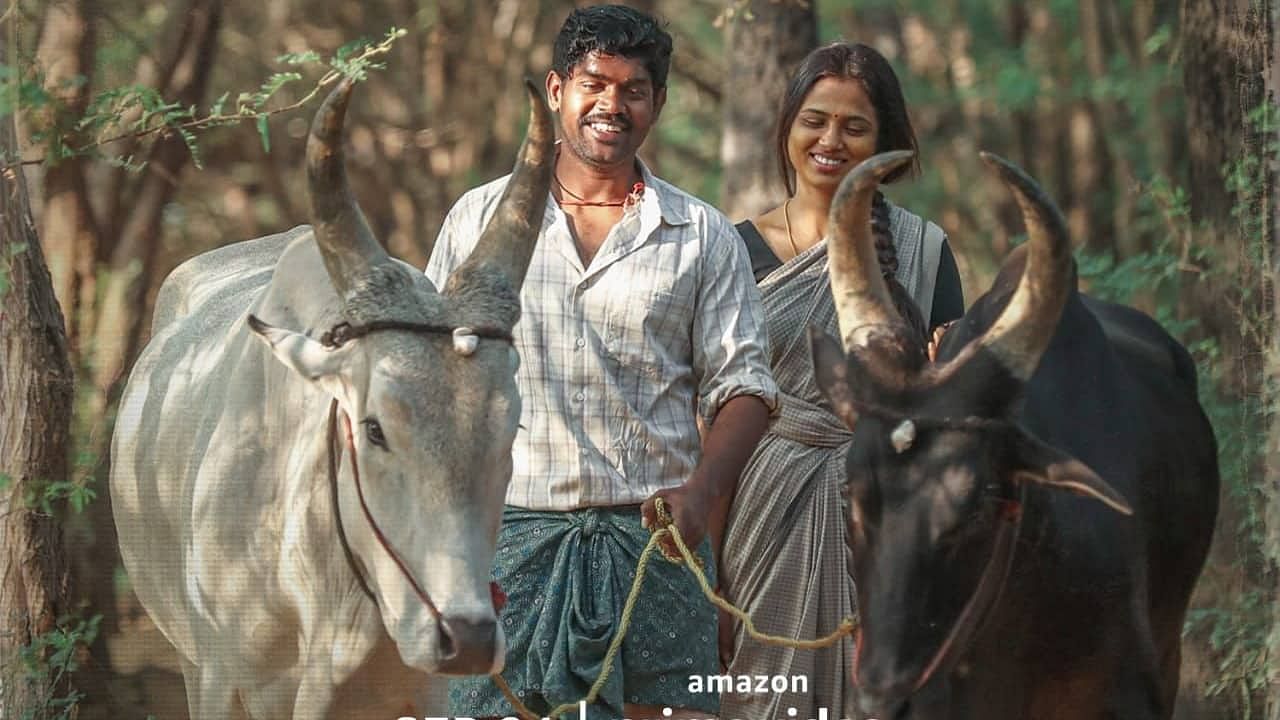 Today the trailer of Tamil film – (RARA) Rame Andalum Ravanane Andalum has been released. The film will be released on Amazon Prime on 24th September.

The trailer of Rame Andlum Ravne Andlum has been released

Following its recent announcement of a historic four-film collaboration with 2D Entertainment, Amazon Prime Video today released the trailer of its Tamil film – (RARA) Rame Andalum Raavanne Andaloom with renowned actor Suriya which is slated to launch on 24th September. Will be done. Directed by Arisil Murthy, the film is a social satire set around a village. With a cast including Ramya Pandian, Vaani Bhojan, Mithun Manickam and Vadivel Murugan, the film is produced by Suriya and co-produced by Rajasekar Karpoorsundarapandiyan.

The trailer of the film offers a glimpse of the quirky and intriguing plot starting from an Indian village, which is making headlines across India. The story is based on Kunnimuthu, a 35-year-old farmer and his wife Veerai, who lose their bullocks – Karuppan and Vellaiyan, who were almost like the couple’s children. In despair, Kunnimuthu sets out in search of the missing cattle. There are many twists and turns in this situation where there is an interesting interplay on local politicians and police administration.

Vijay Subramaniam, Director and Head, Content, Amazon Prime Video India said, “At Amazon Prime Video, we have always believed in the diversity of storytelling and from now on we have brought the most authentic local stories. “Rame Andalum Raavanne Andalum” is a heartfelt story of simple human emotions filled with humor around multiple situations that will surely find a connect among the masses. I look forward to the first offer of our recently announced association with Suriya’s 2D Entertainment.”

Director Arisil Murthy said, “The film is very close to my heart and the cast and crew have worked very hard to bring to life the heartwarming story. The trailer is a sneak-pick into the small but chaotic universe of protagonist Kunnimuthu. I am looking forward to its premiere on Amazon Prime Video which will help us take the film to an international audience in one go. I can’t wait to see the reactions of the audience and hope they enjoy watching it as much as we have enjoyed making it.”

Suriya, Founder, Producer and Actor, 2D Entertainment said: “We are thrilled to bring the trailer of Rame Andaloom Raavane Andaloom to our viewers. It is a slice of life satire, full of simple human emotions and quirky examples. We are delighted to be associated with Amazon Prime Video for this ambitious project.”

China has deployed 3 level surveillance system in LAC, know everything about it