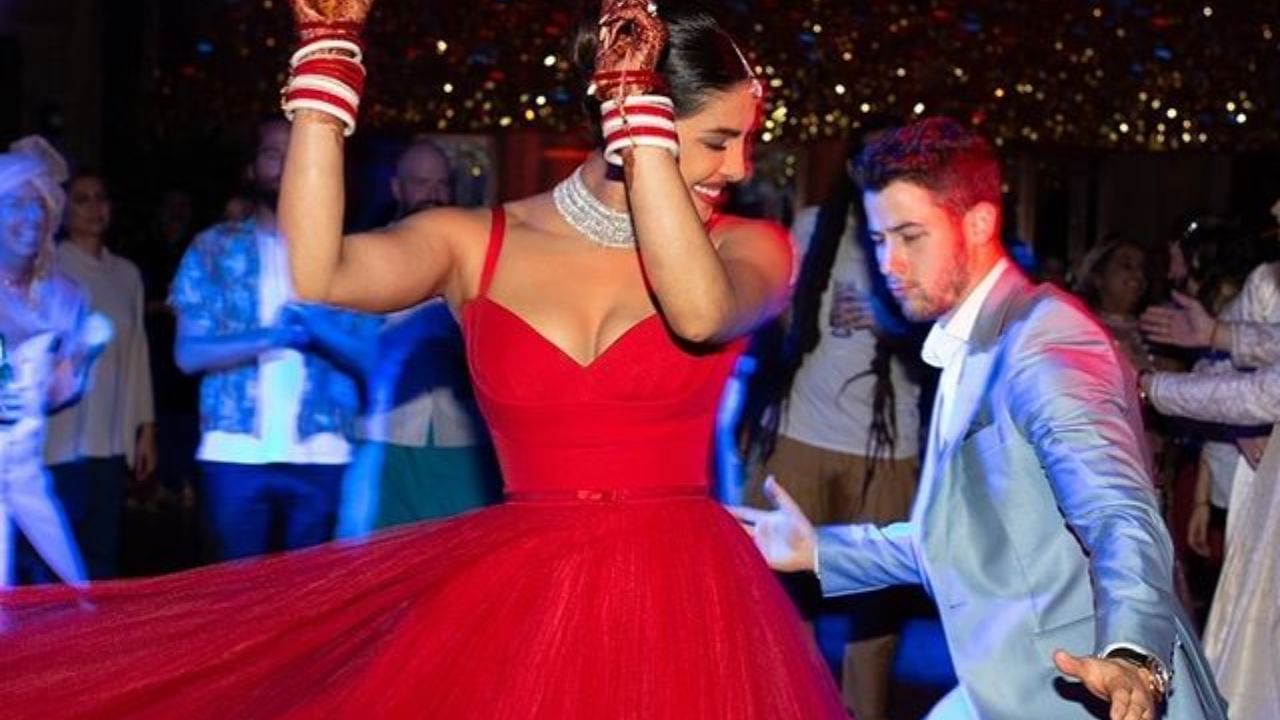 Priyanka-Nick Wedding Anniversary: ​​Priyanka Chopra has shared a photo of her wedding on Instagram. Along with this, the actress has congratulated Hubby Nick on his wedding anniversary.

Priyanka Chopra Wedding Photo: The pair of Priyanka Chopra and Nick Jonas is one of the most famous couples in the industry. Today both of them have been married for four years. Even though there is an age gap of 10 years between Priyanka and Nick, both of them give couple goals. Let us tell you that together the couple looks amazing. On the occasion of her marriage anniversary, the actress has shared a photo wishing her husband, in which both are seen dancing.

Priyanka Chopra has posted a photo of her wedding on her official Instagram. In this photo both Priyanka and Nick are seen dancing fiercely. On December 1, 2018, both of them took seven rounds of marriage with each other with great fanfare. Let us tell you that their marriage was a destination wedding which took place in royal style in Udaipur. Priyanka has written in the caption that, find yourself a boy who makes you feel every day that you are very dear, Happy Anniversary babe’.

On the other hand, Nick Jonas has also shared two pictures on his Instagram. In one, Priyanka is seen in a white wedding gown and Nick in a black suit, while in the second picture, Nick is wearing a sherwani and Priyanka Chopra is looking very beautiful in a red lehenga. Let us tell you that while captioning these photos, Nick has written that, and it has been 4 years like this, Happy Anniversary my love Priyanka Chopra.


Gave birth to a daughter through surrogacy this year

Fans and their close friends are constantly pouring in wishes on both of their posts. On Nick Jonas’s Instagram post, fans and friends are seen congratulating him for the wedding anniversary. At the same time, couples are seen giving goals to couples. Let us inform that with the passage of four years of marriage, both have also become the parents of a lovely daughter. It is known that Priyanka gave birth to Malti Mary Chopra Jonas with the help of surrogacy this year. The actress often shares photos of special moments with her daughter.