Pavitra Rishta 2: Shaheer Sheikh was afraid to play the role of a human in place of Sushant, said – people are me… 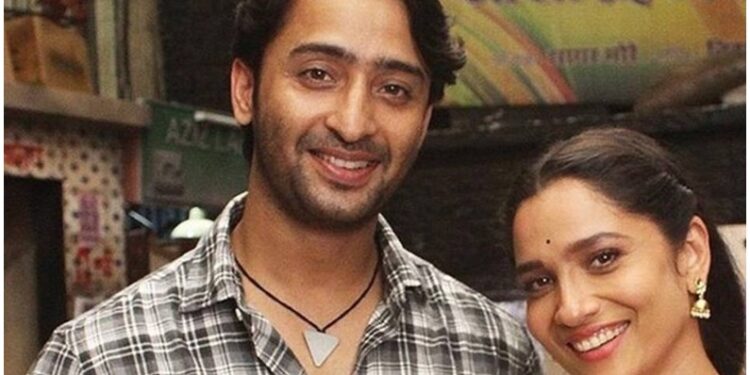 Shaheer Sheikh is one of the talented actors of TV. Every character played by him has got a good response from the audience. Now he wants to win the hearts of the audience again by playing the character of Manav in the show Pavitra Rishta 2.

Shahir Sheikh spoke on playing the role of a human being

The second season of TV’s popular show Pavitra Rishta (Pavitra Rishta 2) is coming. The show has got a very good response from the audience and fans. Not only this, due to this show, Sushant Singh Rajput and Ankita Lokhande became famous from house to house. After 1 year of the death of Sushant Singh Rajput, now the second season of this show is coming.

What was the reaction of people around you when you were offered this show? Shaheer told in an interview to Spotboye that many people told me that you have definitely thought that you will do this character? Because this is a big character of a popular and hit show which was played by Sushant Singh Rajput. People will have high expectations from you. After hearing such things, I was also not able to finalize whether I want to do this show or not. I became more nervous. Even the first thing that came to my mind was that people would not accept me at all.

how did you prepare yourself

So then on how he got ready to do it, Shaheer said, ‘Similar situation happened to me earlier also when I was offered the character of Arjun for Mahabharata show. Even at that time I felt that I would not be able to do because too much would be expected of me. At that time I told myself that you cannot give up without trying just like that. Now when the character of Manav came to me, then the same thing happened to me. I have learned that those who try never give up and in view of this, I said yes to the show.

Have you ever seen the Pavitra Rishta show, which you are now going to be a part of, on this Shaheer said – ‘Yes, I saw this show when it was on air. When I met Aai (Usha Nadkarni) ji, I told her that I have seen you so many times in Pavitra Rishta show and your style of speaking is exactly like real life. I enjoyed meeting him. I saw him many years ago and it was a very different and good feeling to stand in front of him now.

Who thought Shaheer is perfect for the character of Manav?

Who thought you were perfect for the character of Manav? Shaheer told, ‘The casting director who signed me for Dastaan-e-Mohabbat Salim Anarkali. He called me for a show and Pavitra Rishta. I had flatly refused for Pavitra Rishta 2. The first reason was my show ‘Kuch Rang Pyar Ke Aise Bhi 3’ was already getting delayed due to the pandemic and that too at the same time. On the other hand, as I have mentioned, I was confused about the show. But then after a few weeks he called me again and said that the makers want to take you because they think you fit the show. So why not try it once. After that I said yes after taking some time.