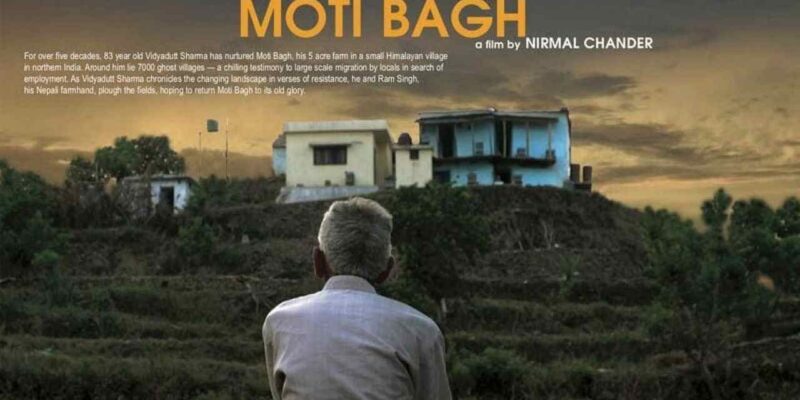 Today the topic of environment has become the focus of debate more than ever. For its betterment, we also have to pay attention to it and work hard to make it better. The best way to attract people’s attention to the subjects related to all living things and environment is through cinema. After all, it is the best form of communication.

All Living Things Environmental Film Festival (ALT EFF) is India’s only and first environmental cinema based festival. In its second annual festival, internationally popular photographer and filmmaker Michael O. Snyder, 6-time National Award winning filmmaker Anand Patwardhan and actor Amin Haji are included in its jury. This year 44 films from 31 countries are being screened in this festival. All these are based on the themes of environment, conservation, climate change and other related matters. Whatmore, Sophie Sivaraman, who heads the India Documentary Foundation, has joined the advisory board this year along with noted environmental docu filmmaker Mike Pandey.

One to one great movies joined ALT EFF

Speaking of the winners, each director presented a new perspective towards the issues related to the environment and all its supporting factors. The categories included international shorts where Shaba, a film focused on wildlife conservation of elephants directed by Ami Vitale, won hearts and awards. While moving forward in the category of international features, two films earned the honor of directing. Ophir focused on the heartbreaking colonization of an indigenous community, directed by Alexandre Berman and Olivier Polette, and Youth vs Government focused American youth on the world’s most powerful government, directed by Christy Cooper.

The story of Oscar nominated Moti Bagh is heartbreaking

In the Indian shorts category, director duo Dheeraj Aithal and Pradeep Hegde focused their film on the fate of an animal that has been ubiquitous in the fabric of Indian society. The Frog. The film caught the attention of the people and won the award. Moving up the ranks of Indian specialties, Oscar nominated Moti Bagh, the Oscar nominated Moti Bagh, directed by Nirmal Chander, is a heartwarming tale of ghost villages in Uttarakhand. Lastly, in the Student Films category, debutant director Ellie Stones won the award for her dedicated effort in the film, The Pangolin Man, trying to save the most illegally traded mammal in the world.

Kunal Khanna, co-founder of the festival, described ALT EFF as a platform that focuses on highlighting climate change and environmental issues. Kunal, himself a social innovator, is of the view that we should challenge the issues which are destroying the environment, talk about them more often to create awareness that leads to participation. Movies are the fastest way to grab people’s attention and start a conversation. He hopes to make ALT EFF a defining platform for environmentalists and filmmakers, where each person can help bring out the other’s views and see their evolution.

Life is much more than cinematic bliss alone

Speaking on the occasion, Oscar nominee Nirmal Chander says, “In a world where there is no dearth of content now, it is sometimes difficult to get people to pay attention to your work. If it is not associated with modern culture then the fight becomes even more difficult. Moti Bagh was not an easy process. It is an honest depiction of the plight of the villages of Uttarakhand. He is happy that the jury at ALT EFF believed in his work and the world will now know about it because of his Oscar nomination. Oscar nominees say it makes things a lot easier.”

Ophir, directors Alexandre Berman and Olivier Poulet, said, “Life is much more than cinematic bliss alone. Yes, cinema is a recreational activity that one can indulge in. But it is also a medium to speak about important issues. The stories that simply remain hidden, and really affect all of us. We are excited to have this platform to share these stories.”

Here is the full list of winners in each category:

Shahrukh Khan’s brand value at stake, is Aryan Khan’s arrest the reason behind this?

Somewhere your ATM card has not changed on the pretext of help, a thug targeting the elderly arrested in Maharashtra