Once again, Salman Khan got angry with the fans, made this request to those who offered milk on the poster 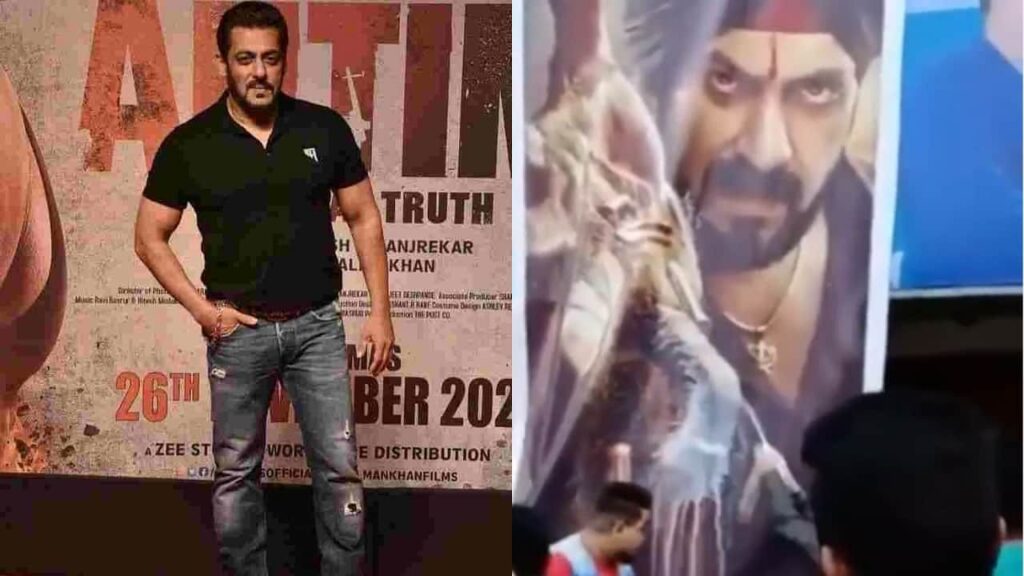 Fans are very fond of Salman Khan’s film Antim. In this film, Salman has appeared in the role of a policeman. Ayush Sharma is seen in the lead role with him.

Bollywood actor Salman Khan’s film Antim has been released in cinemas. Fans are eagerly waiting for the release of Bhaijaan’s film. After a long time, Salman’s film has been released in theatres. Fans are also very excited to see which. Aayush Sharma is seen in the lead role with Salman in this film. Salman, who loves fans a lot, has become angry with them this time.

Salman got angry with the fans

Salman Khan has shared a video on social media in which people are seen offering milk on the poster of Salman’s last and many people are making videos. Seeing this, Salman got angry with the fans.

Sharing the video, Salman wrote – Many people do not have water and you are wasting such milk. If you have to give milk, then I request all the fans that you should feed the poor children, who do not get to drink milk.

It is forbidden to carry firecrackers in the theater

Talking about the last, this film has been well liked by the audience along with the critics. Mahima Makwana is seen playing an important role in this film along with Salman and Aayush. Mahesh Manjrekar has directed this film.

Also read: Vijay Deverakonda shared this picture with Ananya Panday, wrote this thing, the shooting of ‘Liger’ is going on in Los Angeles