Nia Sharma Vs Devoleena Bhattacharya: One said ‘poor dancer’ and the other said “not a good person”, started with Pearl V Puri case 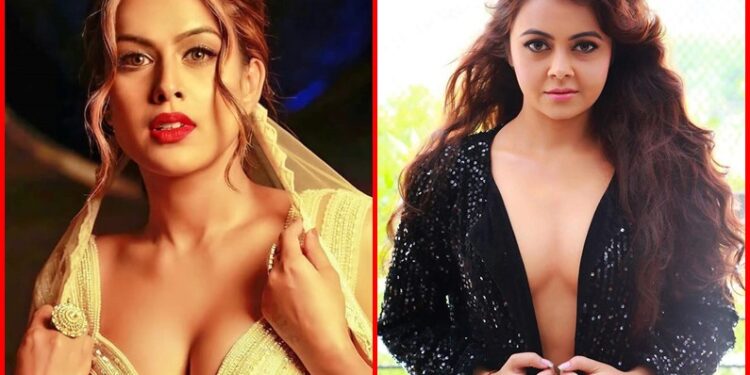 Devoleena Bhattacharjee has neither supported Pearl V Puri in her tweet nor has she prohibited them.

Trolled as a poor dancer

Naagin fame TV actor Pearl V Puri has been accused of raping a minor girl under POSCO. The names of that girl and her parents have come to the fore in this entire case. And since then Pearl’s fans have been making lewd comments on the profile of this girl. Regarding this matter, Bigg Boss 13 fame actress Devoleena Bhattacharya had made some tweets from her Twitter handle. Now it seems that without taking Devoleena’s name, Nia has tried to troll Devoleena on her Twitter profile.

Devoleena Bhattacharjee has neither supported Pearl V Puri in her tweet nor has she denied her. But after the arrest of Pearl V Puri, the actress whose fans are making very objectionable comments under the photo of her daughter, Devoleena has told her a lot through her tweet. On her tweet, Devoleena wrote, ‘If parents had taught humanity, then they would have thought 100 times before commenting like donkeys on mother’s Insta account of seven year old girl.

Your social media handles are not going to help him.But karma will surely hit back to each one of you who is cursing that little 7yrs old girl.Kaise log ho yaar tum log..Dharne pe baitho,Bhook hartal karo,dikhao apna support ..but gandagi mat pelao..kya gandagi macha rakhi hai

Devoleena further writes that ‘whoever leaked that girl’s name to the media, should also be inside the jail. I hope you or your close ones do not have to go through such a situation. In her next tweet, Devoleena has said that ‘Have some humanity. How dirty are you guys. Open the dictionary and look up the meaning of the word empathy. Stop this nonsense and let the court take its decision. Truly humanity has ended.

Kuch toh insaniyat rakho..kaise gande log ho tum log..Dictionary kholo and check the word “Empathy” you idiots..Stop this disguisting disscussion & let the court decide..Literally humanity is at its lowest…Cheap this is..

Advice given to fans

While targeting those who target the girl, Devoleena had said that everything has been made fun of. If you want to support, go to the police station or court and fight. But stop spewing venom about the girl child like this. Go out and do a candle march to release it. Not only this, instead of wasting time on social media, he has also advised people to go on hunger strike or picket.

Devoleena’s dance also made fun of

After these angry tweets of Devoleena, a tweet by Nia Sharma has come. In this tweet, the actress has tried to troll Devoleena, she has written that tell Didi, can not hold dharna or candle march, there is still an epidemic in the country. Without taking names, Nia has commented on Devoleena’s dance saying that Didi needs to practice before making a cheap dance reel. Perhaps Nia must have thought that Devoleena had commented on the celebrities who came in support of Pearl V Puri, but here Devoleena was tweeting only to protect the girl.

Devoleena has said in her tweet that all my tweets were for those people who were abusing, trolling 7 year old girl. Those people were telling the 7-year-old girl to be a gold digger. But why did Chhoti get mirchi? Or maybe he is one of them who gives his reaction without checking the truth and facts.

And waise all my tweets were for those who are abusing,trolling & cursing ,naming the 7 yrs old girl a gold digger.Mirchi choti ko kyun lagi?Or May be she is one of them who reacts reading articles without checking the truth & facts.

hit back at nia

Replying to Nia’s tweet, Devoleena has said that please give some talk to the little one, just showing fashion skills does not make a person. Good thinking and a good heart are necessary, which is lacking. As for my reels, I have done well in my reels or let my fans decide. Here too, I became a judge. Go and focus on your photoshoot.

New trend about Bollywood stars, 90’s seen in a single picture and a glimpse of now, see pictures