NewsNCR Exclusive: ‘Chutzpah’ will have a tadkaier than ‘Fukrey’, Varun Sharma and Manjot Singh speak about the show 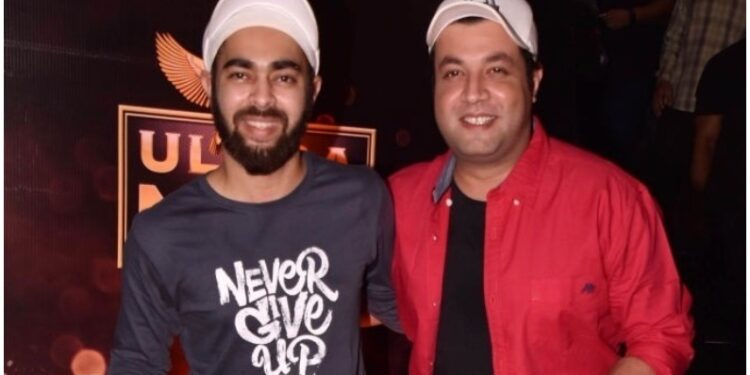 Let us tell you that even though this pair of Fukrey (Varun Sharma and Manjot Singh) is in this show (Chutzpah), but these two have not shared the screen together.

Filmmaker Dinesh Vijan’s production house ‘Hutzpah’, produced under the production house Maddock Productions, is releasing on Sony Liv on 23 July. Before talking about the show, let us tell you that its name is not ‘Chutzpah’ but ‘Hutzpah’. This was revealed today by the makers of the show during the virtual press conference. He told that its correct pronunciation is ‘Hutzpah’. At the moment, if we talk about the show, then the audience is very excited about it, because this show is going to be a lesson as well as tickling. The makers of the show say that the show is family based, in which the internet effect of today’s era has been shown.

At the same time, after watching the promo of this show, the curiosity of the audience has increased to see Varun Sharma and Manjot Singh together. Let us tell you that even though this pair of Fukrey is there in this show, but both of them have not shared the screen together. Varun and Manjot themselves gave this information during the event today. Along with this, both told that there will be a tempering in this show, but it will be different from the tempering of Fukrey.

Will ‘Hutzpah’ have a ‘Fukrey’ temper?

Talking about the show, Varun Sharma said- We have shot separately. Me and Vikas have a different story and Manjot is in a different story. Yes, he (Fukrey Wala) will get the tadka, but different things will give tadka.

Regarding Fukrey, Varun said that it was challenging for me too. It was very funny. I started my career with Fukrey. Manjot was there too. Everyone on that team is very close to me. When I used to shoot, Manjot used to come to meet what brother is doing. When it happened, I used to go, brother, what are you doing. Because I didn’t even know what was happening. At the same time, regarding Hutzpah, Varun said that once you watch the show, you will know that it is quite entertaining. It is sure that the tempering will be seen, but in a different way.

At the same time, Manjot Singh said on this – Varun, he is absolutely right. You will get the tempering, but the tempering of Fukrey will be seen in it. There is a different kind of temper in this show. We didn’t share the screen at all together, but it’s always nice to get to work with the people you love, especially Varun and Simran.

The actor further said- I am glad that for the first time I got a chance to work with Maddock. Sony Liv, which is a huge platform, has come up with a lot of great content. But yes, there is tempering but this time in a slightly different way. You guys will watch this show. We made this with a lot of love. You will see our hard work in this and there is a lot of love in it.

Also Read – Do You Know: Ali Fazal lost his sweat in real life acting, this is how the plan to propose Richa flopped