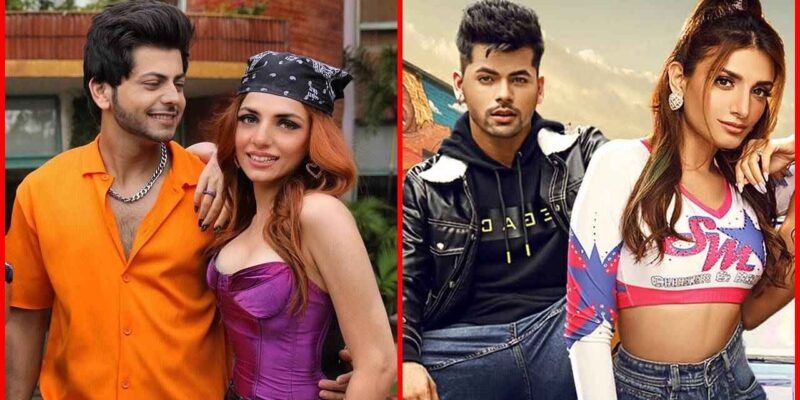 The music track ‘Majnu’ sung by famous twin singers Sukriti and Prakriti Kakkar is all set to release on 30 September.

Sukriti Kakkar and Prakriti Kakkar are going to release their new song soon. People have liked his songs a lot. These two have always got immense love for their music and the names of these two sisters are also included in the world music charts. This magical pair of sisters are all set to present a brand new track titled ‘Majnu’ to their fans. Siddharth Nigam and Abhishek Nigam are going to be seen with him in this song.

Going by the classic style of Sukriti and Prakriti, the song is said to be a peppy, foot tapping and vibrant number that will take fans into the sensational and musical world of the 90s with its unmatched melody. Not only this, Majnu’s lyrics are very different and catchy and in the poster launched, the pair of two handsome brothers of the TV industry is also going to be seen with them. The singer sisters along with Siddharth Nigam and Abhishek Nigam will be seen grooving to the scintillating tunes of the song.

Know what Sukriti has to say

Both these twin sisters have worked together in the earlier videos like Sudhar Ja, Mafiyan, Hum Tum and Sona Lagda. Talking on the track of the song, Sukriti Kakkar says, “Majnu is going to remind you about music lovers. , which has a classic love story and a tune from the boy vs girl who ruled the 90s. It was a lot of fun shooting and I am singing this song because firstly it was with my sister and secondly it has a good story.”

Know what nature has to say

Prakriti Kakkar says, “Both the storyline of the song and the video is quite entertaining and the track will really be loved by the youth. The innocent feeling of first love and the most exciting process of courtship is definitely something that we ladies always remember and thus Majnu was inspired. I can’t wait for the song to close and our fans to watch the fun video that Sukriti, Sidharth, Abhishek and I have shot.