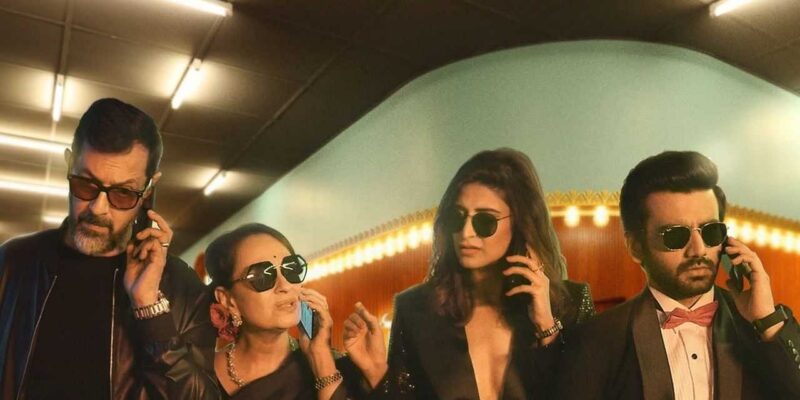 Poster for the Netflix show Call My Agent

‘Call My Agent’ directed by Shaad Ali: Bollywood trailer has been launched. This web series is inspired by a French-language comedy-drama series ‘Dix Pour Cent’.

The new show of Netflix has many stars including Rajat Kapoor, Soni Razdan, Dia Mirza, Aahana Kumra and Aayush Mehra. The series has been written by Abbas Aziz Dalal and Hussain Dalal. In the trailer of about 2 minutes 6 seconds, all the actors are seen introducing strong acting. A twist of glamor and drama is visible in this trailer.

Looking at the trailer of the film, you can guess what its concept is. It depicts the ‘dirty business’ of the world of showbiz. 4 smart and intelligent agents have been shown in this film. Those who step into the difficult world of Bollywood with their smart mind and they save the company whose founder is no longer in this world. In such a situation, they have to go through many difficult and tough situations from mutual tension casting fights to handling the ego of the celebrity. At the same time, the agency has to face danger. This puts a question mark on the future of its employees.

This trailer is getting a positive response on social media after its release. Let us tell you that many Bollywood stars have also been seen in this trailer, due to which it is obvious that the cameo of many stars is going to happen in this film. In which celebs like Dia Mirza, Lara Dutta, Jackie Shroff, Farah Khan, Richa Chadha, Akshara Haasan were seen being a part of this trailer. It is not wrong to say that this trailer gives viewers a happy and fresh look into the glamorous world of Bollywood, the ups and downs and everything that goes beyond the world of spectacular showbiz.

This web film will be released on this date

The release date of this web film has also been revealed in the headlines for a long time through this trailer, it will be shown on OTT platform Netflix on 29 October. Shaad Ali is directing this web film. Who is known for his films ‘Bunty Aur Babli’ and ‘Saathiya’. This web film is produced by Applause Entertainment and Banij Asia. This series was announced in October last year and since then the fans are eagerly waiting for it.

Samantha’s mission in Mumbai, know what is her new preparation to set foot in Mayanagari? deployed the team

After all, what is the conversion therapy on which France is going to take a big decision, after the law is made, the culprits will be punished severely

21 year old bowler created a whirlwind on his birthday, surrendered to this team with career best performance