Net Worth: Shahrukh’s wife Gauri Khan lives the royal life, you will be shocked to know the net worth 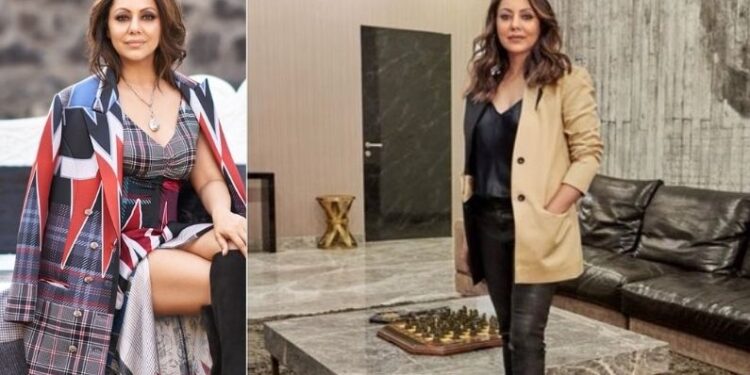 Gauri Khan is the co-owner of the production company Red Chillies Entertainment along with Shahrukh. Where through this company he has produced many big films like ‘Om Shanti Om’, ‘Chennai Express’, ‘Raees’.

The King Khan of Bollywood i.e. Shahrukh Khan is called the King of Bollywood. Where his wife Gauri Khan has also earned a lot of name in Bollywood. His wife never worked as an actress in Bollywood but she has invested a lot in films. Gauri Khan was born on 8 October 1970 in New Delhi. According to media reports, she is equally entitled in every work of Shahrukh Khan. Along with this, the actress is also a great interior designer. He has also designed the house of many strong actors of Bollywood. Along with this, he has also designed his ‘Red Chillies Entertainment’ office.

Gauri Khan is the co-owner of the production company Red Chillies Entertainment along with Shahrukh. Where through this company he has produced many big films like ‘Om Shanti Om’, ‘Chennai Express’, ‘Raees’. It is said that the total net worth of the actress is 1600 crores. This figure is huge. Today he has a lot of money and fame. She believes that she has all this because of Shahrukh Khan.

Gauri Khan owns a Bentley Continental GT vehicle in Mumbai. The cost of this vehicle is more than 2 crores. Along with this, Shahrukh Khan also gifted him a villa in Dubai on his birthday. The price of this villa is 24 crores.

At the same time, Gauri Khan also has her own office. Where Bollywood stars keep coming and going. Gauri’s company name is ‘Gauri Khan Designs’. The total value of this company is around Rs 150 crore. At the same time, very few people know that Gauri Khan is half the shareholder of Shahrukh Khan’s house which is Mannat. The price of this house is said to be 200 crores. But we do not confirm it.

These days Shahrukh Khan devotes most of his time to Red Chillies Entertainment. The actor has now reduced working in films a lot. Due to stubbornness, he is paying maximum attention to his project. Shahrukh and Gauri get a business of 500 crores every year from this company. Along with the production of films, this company also looks after the VFX work of films from all over the world. In the year 2018, Gauri Khan was ranked among the 50 most powerful women in the world by Fortune magazine. Gauri never comes very openly in front of the media, she is a media person.

Shahrukh Khan has told many times that his first meeting with Gauri was at the age of 19. Gauri was only 14 years old during that time. This pair has covered the journey from floor to arsh in seven. Which is a wonderful thing.

Also read: – Love Story: Tragedy brought both friends closer, even after marriage, why Juhi Chawla and Jai did not tell about it, know the love story