Movie "Major" OTT launch: After making a buzz within the field workplace, set for a July 3 OTT launch 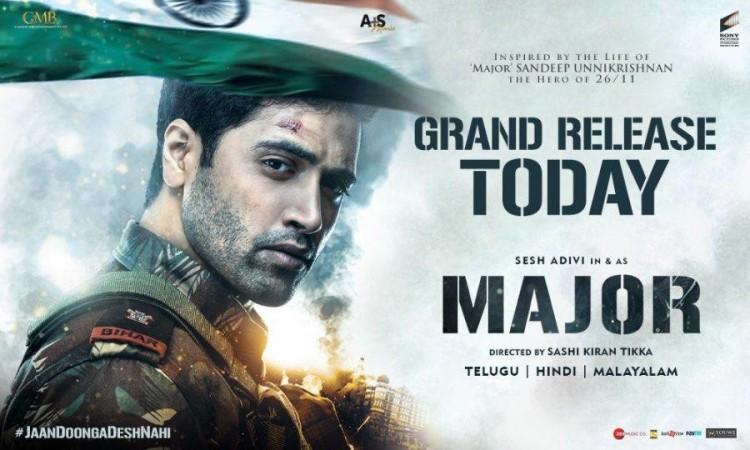 After receiving enormous appreciation from the viewers and the critics alike, the movie ‘Major’, primarily based on the life journey of Major Sandeep Unnikrishnan is all set to launch on Netflix on July 3.

The movie has been written by Adivi Sesh, who additionally performs the title character.

Talking concerning the OTT launch of the movie, Sesh stated, “We have received a lot of love for Major in cinemas and our hope is to now make our labour of love available to everyone across the globe. Its premiere on Netflix will ensure that audiences not only in India but also across more than 190 countries, will continue to love Major and the inspiring journey of Major Sandeep Unnikrishnan will continue touching the heart of everyone.”

The movie is directed by Sashi Kiran Tikka and it is usually that includes Sobhita Dhulipala, Saiee Manjrekar, Prakash Raj, Revathi and Murali Sharma.